The “temptation” to worry 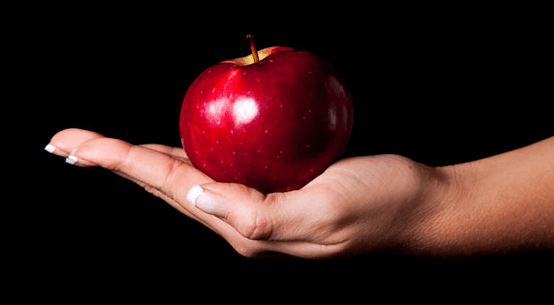 25 Jan The “temptation” to worry

Welcome to Day 4 of “30 Days of Punching Worry in the Face!”

Today, we’re going to talk about the “temptation to worry” and how that’s different than worrying itself.

Well, the next day when I was just about to get started… a participant approached me with a very concerned look on her face.  Then in a very quiet voice she asked, “So, are you okay?”  I had no idea what she was talking about, but said “I’m feeling awesome. How are you?”  She looked relieved and said, “Oh I was so concerned last night. I follow you on Facebook and I saw your post.  I was just concerned that you were worried about today.”

I let her know I really appreciated her concern, but I quickly explained that I’d only been “tempted” to worry the night before. Then I said, “There’s a small but important differentiation and that differentiation allowed me to sleep like a baby last night.”

Now… let’s talk about that difference.

Being tempted to worry:

It’s just one of the strategies we’ll talk about in this 30 days of punching worry in the face, but based on the feedback I’ve received via email and comments… it’s working for many of you.  (At least, it’s offering a great place to start!)

Here’s the “rub” especially when it comes to finding a strategy to help you overcome worry.

It’s that the temptation to worry is ALWAYS close at hand.

The problem is that when someone starts to feel some relief from worry through taking a new approach… they get hit with the “temptation to worry.”  Then it’s easy for them to think, “Oh great. I guess that solution didn’t work… because here I am… worrying again.”

Can I get an amen?

Have you ever tried something new and felt like you were making progress, but then you saw something that triggered you to worry?  Maybe it was a negative news story on the Today show (thanks Matt Lauer!!).  Or maybe one of your co-workers gave you a weird look in the hallway (you think you did something wrong but they know it was just a bad burrito from last night).  Or maybe you see an abnormal envelop from your credit card company in your mailbox (you think it’s bad news but they’re writing to ask you to fill out a survey).  There can be a LOT of things that can tempt you to worry… especially if you’re a life-long worrier.

The key here is to realize that being “tempted” to worry is different that worrying itself.

Sure… it’s close.  The difference is subtle.  But it’s not the same thing.

Why is this important?

In fact, Merriam-Webster’s definition for the word ‘temptation’ is “a strong urge or desire to have or do something.”

Temptation is separate.  It’s not the act itself.

Now, I could probably point to other areas of life where you might be tempted to do something but you don’t do it.  (I’ll stay away from all “50 Shades of Grey” references here.)  But I bet you just get the point!

So, with this knowledge we can be armed with another simple but powerful tool.

The tool is “AWARENESS”

If you’ve been a life-long worrier, then your brain has started to hard wire itself to move towards worry very quickly.

So if something strikes you in a certain way… (a negative headline, “that” glance or a letter in your mailbox) your brain can quickly move into “worry” mode.  You can go from zero to STRESSED in no time.  Your heart will race.  You might envision a thousand negative outcomes.  You might even start to feel short of breath or slightly (or REALLY) agitated.  It might have taken a nano-second between being tempted to worry… and worrying itself.  BUT… we can at least acknowledge that there was a catalyst and a response.

You were “tempted to worry” and THEN you worried.

Can I get amen?

But just by acknowledging that that stimulus is only a TEMPTATION to worry… you can interrupt that pattern.  Even by saying something to yourself like, “Wow.  Now THAT is a temptation to worry.”  This little act can interrupt your brain’s habit of moving into full scale worry mode!

I want you to think about a few things (let’s start with some minor things) that might tempt you to worry.  Then write a few of them down.  (I recognize it’s a bit of a risk to ask you to write down a short list of things that stress you out!  I hear a resounding “YEAH MITCH! Thanks a lot!!” coming.  But hang with me for a second.)

For each thing you wrote on your list… write down something you want to do to remind yourself that this is just a “temptation” to worry.

Let me give you an example of some TEMPTATIONS to worry:

NOTE: I have a friend who LOVED this simple little differentiation.  But in order to REALLY remind her brain that being tempted to worry was different than worrying she wanted to do something physical to help interrupt those old habits.  So she bought some colored rubber bands.  Then she she wore a rubber band (she matched them to her outfit… of course) on her wrist.  When she was hit with a temptation to worry, she’d just snap the rubber band and remind herself that that it was a “temptation she wasn’t going to act on.”  Then she’d move quickly on to something else… and poof… 9 times out of 10… she didn’t start to worry.

NOTE2: This “Temptation and Interrupt” activity can be great to do with a friend.  Figure out some of those things that tempt you both to worry and then agree to hold each accountable to interrupting that old habit of just automatically moving into worrying.

NOTE3: Figure out something simple but fun you can do INSTEAD of automatically moving into worry mode.  So after you’ve recognized that you’re tempted to worry, decide on a few things you could do to shift your focus.  For example, one person put together her “anti-worry playlist” in her iTunes.  It was packed with feel good tunes and it was ALWAYS at the ready.  Another person had a few “go-to” youtube videos he could watch for a few minutes that would allow him to shift his mood quickly.

Another team that I worked with invested in red foam clown noses for everyone in the group.  Then, when they got hit with a temptation to worry… they just put on their red nose for 5 minutes.  (Seriously… try to be stressed out with a red clown nose on!  It’s nearly impossible!)  It was great.  When I saw it in action, I asked them what would happen when people came to visit their team and someone had a red nose on?  They let me know that most of the time, the visitor would ask for a red nose for themselves!  So I say… bring on the red noses!

So have fun with this.

See where it takes you.

Join in the conversation:

Oh and hey… join in the conversation… what’s something you’re going to do to “interrupt” your old pattern when you get hit with that “temptation” to worry?

PS – Did you know you could win a FREE copy of my book IGNITE or even a “DREAM.TH1NK.DO.” Coaching Package with me?

Just leave a review for the DREAM.THINK.DO. podcast on itunes! Click here to find out more.