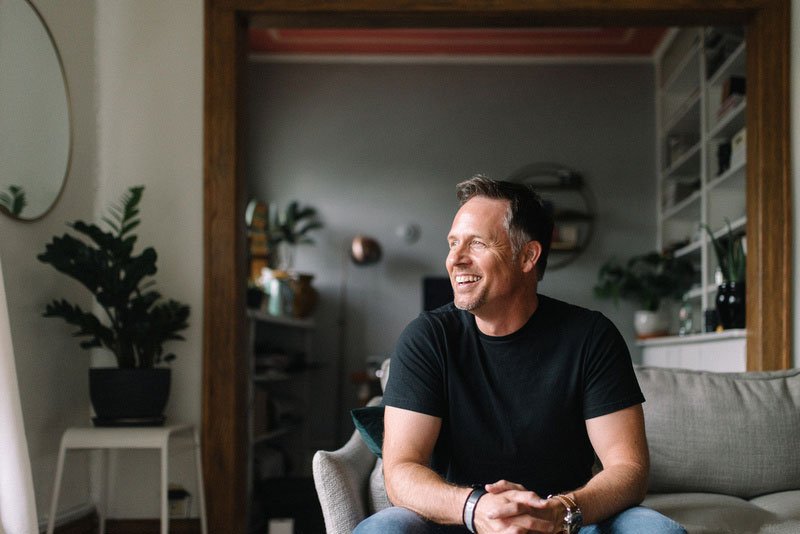 Mitch Matthews is an Entrepreneur, Success Coach and Podcaster.

The name of his podcast is “DREAM THINK DO” and that’s his approach to life too!

Whether it’s through his coaching, his podcasts or his speaking & training, Mitch helps fun, successful people to push through their fear to DREAM bigger, THINK better and DO more of what they were put on the planet to do!

Mitch proudly lives a “highly-caffeinated” lifestyle in Des Moines, Iowa with his wife and their two sons.  The Matthews have a wildly creative household and are very active in their church and community!

If you’re interested in more of the “behind-the-scenes” scoop… here’s a little more of Mitch’s story: 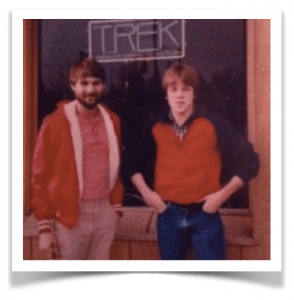 As a young child, Mitch delt with misdiagnosed medical issues and he experienced extreme anxiety.

But at the age of twelve, he decided to push through his fears and he set his sights on attaining his first “dream job,” which was working at a local bike shop in his hometown of Newton, Iowa.

That summer, he spent 2 to 4 hours a day at the shop… hanging out, cleaning, painting and sweeping (he even mowed the shop owner’s lawn!).

He did everything he could to be able to watch and learn and… of course… not get arrested for loitering.

By the end of that summer, Marty and Cheri Doane (the owners of the bike shop) offered him a job.  Little did they know they would spark his life-long love for learning and entrepreneurism!  (They’re still two of Mitch’s heroes!)

Attended his first sales seminar at 14

At the age of fourteen, Mitch attended a sales seminar so he could take his ability to sell bicycles up a notch. As it turned out, he was instantly hooked by a new big dream! That was to learn how to coach, speak and present as well as the seminar’s facilitator.

Although it didn’t always make him popular in school, he started to devour books on sales, coaching, adult learning strategies and leadership. (By that time he was helping to manage the team at the bike shop too.)

As he grew up, Mitch continued to wrestle with anxiety and worry, but his curiosity continued to inspire him to push through the fear and have some eye-opening adventures.

For example, in high school, he fell in love with British history and American history. Plus, he became more and more curious about seeing things from different people’s perspectives.

This combination of interests sparked a crazy idea: 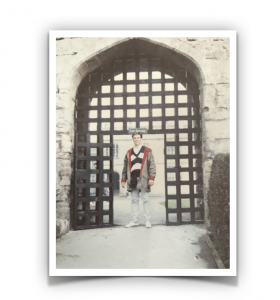 “What would it be like to take an American History class in England?”

So at age 18, he hopped on a plane to live in England for a year.

While there he studied both British AND American history.  As you can imagine, his teachers had a different perspective on things like the American Revolution, but those differences made for fascinating conversations and powerful revelations.

This experience helped Mitch to develop a more global perspective while also having a deep love and appreciation for the USA.

Started his first company at 20

After returning, he started to develop his own sales seminars while attending college. In fact, he began offering workshops to retail organizations when he was just 20.  (Mitch even recruited some of his college friends and roommates to be “secret shoppers” to help with the training!)

Went into sales and corporate training 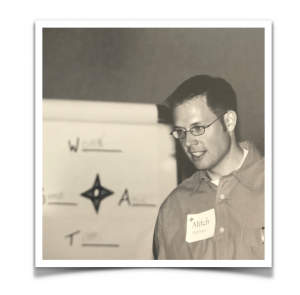 During this “season” he won sales awards in multiple industries and became a Program Training Manager for a $2 billion dollar pharmaceutical company.

He spent over a decade honing his own selling and leadership skills as well as countless hours teaching on selling, leadership, and coaching. (He also became completely addicted to good coffee during this time too!)

However, towards the end of this “season” in his career, Mitch found himself in a “bad fit job.”  He realized that he had changed and the industry had changed too.  Plus Mitch was starting to feel the “itch” to start something of his own.

At the same time, Mitch realized that he and his wife Melissa were living the S.I.T.C.O.M. life.  That’s the “Single Income, Two Children and Oppressive Mortgage” life.  So although Mitch wanted to start a new business, he had to get clear on his next dream, find some new solution AND push through a lot of fear to get started.  At the same time, if he didn’t make a change… he knew he was at risk of losing his best self.  Because it felt like a part of him was dying every day he spent in that “bad fit” career.

So, he got intentional, got clear and started to make “small but significant” steps towards that new dream.

Launched his second company in 2002

In 2002, Mitch left the pharmaceutical industry to launch his own speaking and coaching company.  He struggled at first but then he started to learn specific business building strategies that worked and he finally got traction. 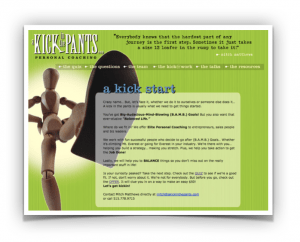 His first website was called “A Kick In the Pants” and it offered a fun and unique twist on life and business coaching.

The Franklin Covey Companies took notice of what he was doing and invited him to be on their Innovation Advisory Board for Professional Coaching.

His business started to grow as he worked with entrepreneurs, leaders and globe-changers from around the world.  To find out more click here.

In 2006, Mitch’s passion for helping people to DREAM bigger also inspired him to create something he calls the “BIG Dream Gathering.” 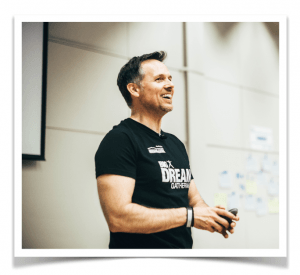 These fun and powerful events blossomed out of very humble beginnings but have since helped countless people from across the country to dream big and get the help they need to make those dreams a reality!

Mitch has been able to host BDG’s in innovative communities, at Fortune 500 companies and at top universities like Arizona State University, Purdue University, Kent State and the University of Wisconsin.

Plus, as they traveled, Mitch and his Dream Team were able to create a web-based video series, which featured interviews with real people who have achieved BIG dreams!  (Click here to see more about that.)

All of these experiences inspired a new “audacious” personal dream for Mitch.  That’s to help launch 1 million dreams in his lifetime!

During this time, Mitch’s Success Coaching practice continued to grow.  That’s when other Life and Success Coaches started to take notice and ask for his advice. 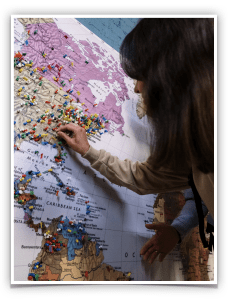 At that same time, Mitch started to think about his crazy dream of helping to launch a million dreams… and he knew he couldn’t do THAT alone!

So, Mitch started to create Elite Life Coach Training to help more people to become great coaches, so more people could get the help they need to make their big dreams a reality.

Just as importantly, he developed business training designed specifically for coaches which enables them to have more impact, increase their income and do it in ways that are authentic and sustainable.

Since then, Mitch and his team have been able to help thousands of coaches around the world through live and online training as well as Elite Coach Mastermind groups.

DREAM THINK DO Podcast started in 2015

After years of coaching, speaking and hosting BIG Dream Gatherings, Mitch realized he wanted to start to give back.  His goal was to provide a conduit for powerful stories, proven strategies and important science to help more people to push through their fears and to DREAM bigger, THINK better and DO more of what they were put on the planet to do!

Although DREAM THINK DO has been rated #1 by the Huffington Post and it’s in the top 5% on Apple Podcasts, Mitch’s favorite “win” is getting to connect with people around the world who have the DREAM THINK DO approach to life!

Because that’s what Mitch wants for YOU!

He wants YOU to push through the fear to DREAM bigger, THINK better and DO more of what YOU were put on the planet to do!

And we hope you dig into the resources here to help you to do just that!