What four faces in a rock can teach us about dreaming BIG! 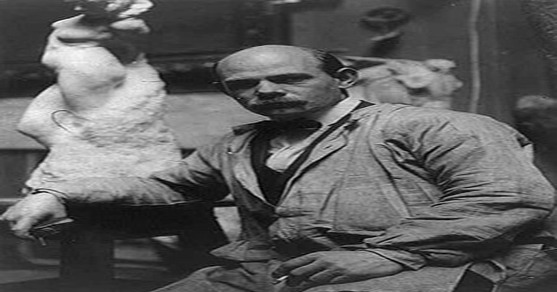 23 Sep What four faces in a rock can teach us about dreaming BIG! 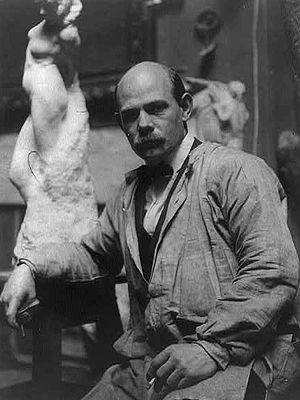 This past summer… we visited Mt. Rushmore.

It wasn’t my first time to this incredible national monument, but I have to say that I connected with it at a deeper level this go around.

Why? Well, I dug into the story behind it.

And… I have to say… that it’s one of our country’s greatest BIG DREAM stories.

It started in the mind of a 66-year-old South Dakota native… Doane Robinson. He wasn’t a sculptor. He wasn’t a politician. He wasn’t wildly wealthy. BUT… he had an audacious vision. That was to build a “monument of gigantic proportions” to the great heroes of western history in the Black Hills of South Dakota.

Now… if you visit South Dakota today… that doesn’t seem too outlandish because it’s a tourist mecca with all sorts of vacation destinations… from classy to kitchy. But in the 1930’s… this area was limited to old mining towns connected by rough old logging roads. It was beautiful but for the most part… uninhabited. However… Mr. Robinson had a “Build it and they will come” attitude and he set out to make this dream happen.

Or… is your dream for your community? Would you love to give back or inspire those in your town to come together to do something bigger?

Or… is it a dream for your family or friends?

Does the dream seem TOO big… or just a little nuts?

Good. We might just be on the right track.

HE DIDN’T DO IT ALONE

Now, as I mentioned… Robinson wasn’t a sculptor and he wasn’t a politician, but he knew he was going to need both to see this big dream through.

So, first off, he sought out Peter Norbeck, then a U.S. Senator from South Dakota, and pitched him on the idea of the monument… and the vision for bringing people to the area. Norbeck began to believe in the dream too. He started to spread this audacious idea around Washington D.C.

Now, if you’ve ever stood at the foot of Mt. Rushmore, it’s hard to believe that someone would push back on such a profound tribute. But Norbek and Robinson received way more push back than they did support.

People thought that the idea was too expensive. Others thought that it would be “a desecration of God’s own creation” to cut into a mountain. Still others thought it was just plan nuts to go to such work to put a monument in a place that no one seemed to live… let alone visit.

Even though there was tremendous opposition and misunderstanding, Norbek and Robinson pushed on. Their next step? To find an audacious sculptor that would be up to the challenge. Enter… Gutzon Borglum.

Borglum was the son of Danish immigrants who had come to the U.S. to pursue their dreams. He had grown up loving the U.S. and U.S. history. At the time Robinson reached out to him, he was already a sculptor of note. In fact, when he was first contacted, he was working on a similar project on the East Coast that was to be a monument to honor the heroes of the Civil War. Just as a side note… that project never reached completion but I personally think it’s interesting that this incompleted project is the very thing that caught Robinson’s attention.

So here’s a few questions for you to ponder…

THEY USED WHAT THEY HAD

Originally, the idea was to sculpt the historical figures into the stone needles that exist in the Black Hills of South Dakota. But as Borglum visited the area… he quickly found that those stone needles would not stand the test of time once sculpted. So, they changed gears and began to look for a rock face that would be large enough for the project… as well as… be made of the right kind of stone to be able to withstand the riggers of both sculpting and the South Dakota elements.

After a year of searching… they decided upon… the rock that was known as Mt. Rushmore.

Now… I love that they had to search for the right rock and if you visit it now… the choice is obvious. There are beautiful and quaint little vacation towns all around. There’s a majestic welcome center with a multi-level parking lot. There’s a book store and gourmet restaurant at the foot of the mountain.

BUT… at the time… there were no roads leading to this spot. There were old (and sometimes) abandoned mining towns close by. They just knew and they just had to believe enough for themselves and for everyone else.

Another element of having to adapt and use what they had… was… sculptors.

As you can imagine… this was a project that was way too big for just one sculptor to complete. So, Borglum was going to need help. But, as you can also imagine, there weren’t too many sculptors in this part of the country. However… what there were plenty of was… out-of-work miners.

Now to some… these tough and “uncultured” men would be the last people you would want to enlist to create a monument of lasting beauty and tribute.

So… that’s what he did. Borglund took a rag tag team of miners… and turned them into sculptors.

How could we learn from this approach? So often… when we hatch a new dream or begin to set a new goal… we are quick to see the things we don’t have… instead of the things we do have. Or when we come up against a change… like realizing the Needles wouldn’t work for your monument… we’re tempted to walk away from our goal or dream all together.

THEY HAD FUN ALONG THE WAY

Borglum and his men worked hard. They worked long days hanging by bosun chairs. They drilled. They chipped. They dynamited. They climbed. They repelled. They withstood the elements. They risk their lives… daily.

But they also had a baseball team. And… apparently… they were pretty good.

In fact, my wife Melissa happened to meet one of these miners-turned-sculptors in the Mount Rushmore book store while we were there. (He is one of last living members of Borglum’s team… and he was there for a book signing.) When Melissa asked him why he thought he was hired… he got a sheepish grin. Then he said, “Well, I wasn’t that good of a miner but Mr. Borglum heard I was a pretty good baseball player and he needed a pitcher for his team.”

I know this is simple but it’s also something we forget to do. We get busy and forget to have a little fun along the way.

There are a number of other behind the scenes stories with Mount Rushmore that offer a lot more inspiration for our own big dream pursuits… so be watching for those in the come weeks.But for now… I’ll simply leave you with some questions to inspire some of your own audacious big dreams today…

Lastly… and I’d ask you to comment with this question… which national monuments… works of art… or other tributes have inspired you to dream and think a little bigger? What was it that inspired you? I’d love to hear from you on this! So click comments and join in the conversation!

Thanks for dreaming BIG and helping others to do the same,