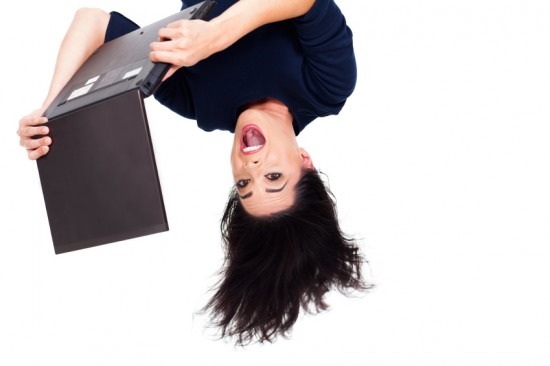 Welcome to day 6 of “Punching Worry in the Face!”

Last year I had the pleasure and honor to connect with Jack Canfield.  (Yes.  THAT Jack Canfield.  The creator of the Chicken Soup for the Soul series that’s sold over 500 million copies!)

I thought I’d share one of the pearls of wisdom I received from Jack as a part of our 30 Days of Punching Worry in the Face!  It’s something you can use to turn worried on its head.

Many of us run around and act as if the world is always plotting against us.

We may not think that consciously… but we might be thinking it sub-consciously.

Think about the last time you were tempted to try something new, but stopped short because you were worried about what people might think. You were concerned that you might get kicked out of “the tribe” because you screwed up, fell short or embarrassed yourself. (Ever been there? I know I have.)

We get paranoid… so we stop.  We worry about what other people will say or think about us… so we shut down.

During my interaction with Jack, he talked about the “Inverse Paranoid.”

He asked the simple but profound question:

It’s taking that paranoia (that negative assumption that the world is against us) and it turns it on its head.

If we used the “inverse paranoid” approach (instead of worrying about what people might think) you’d turn that paranoia on it’s head.

You’d choose to sign up for the class and then anticipate that people might celebrate it (because some might). Or… instead of worrying about being judged, you think that you might just inspire someone else to pursue a dream or a goal in their own life (because someone might).

Do you dig it?

Where could YOU experiment with the “Inverse Paranoid?”  Think about it and then join in the conversation.  Click comments and let us know where you’re going to try this.  I’d love to hear from you!