The Opposite of Fear is Curiosity | Sam Griffin 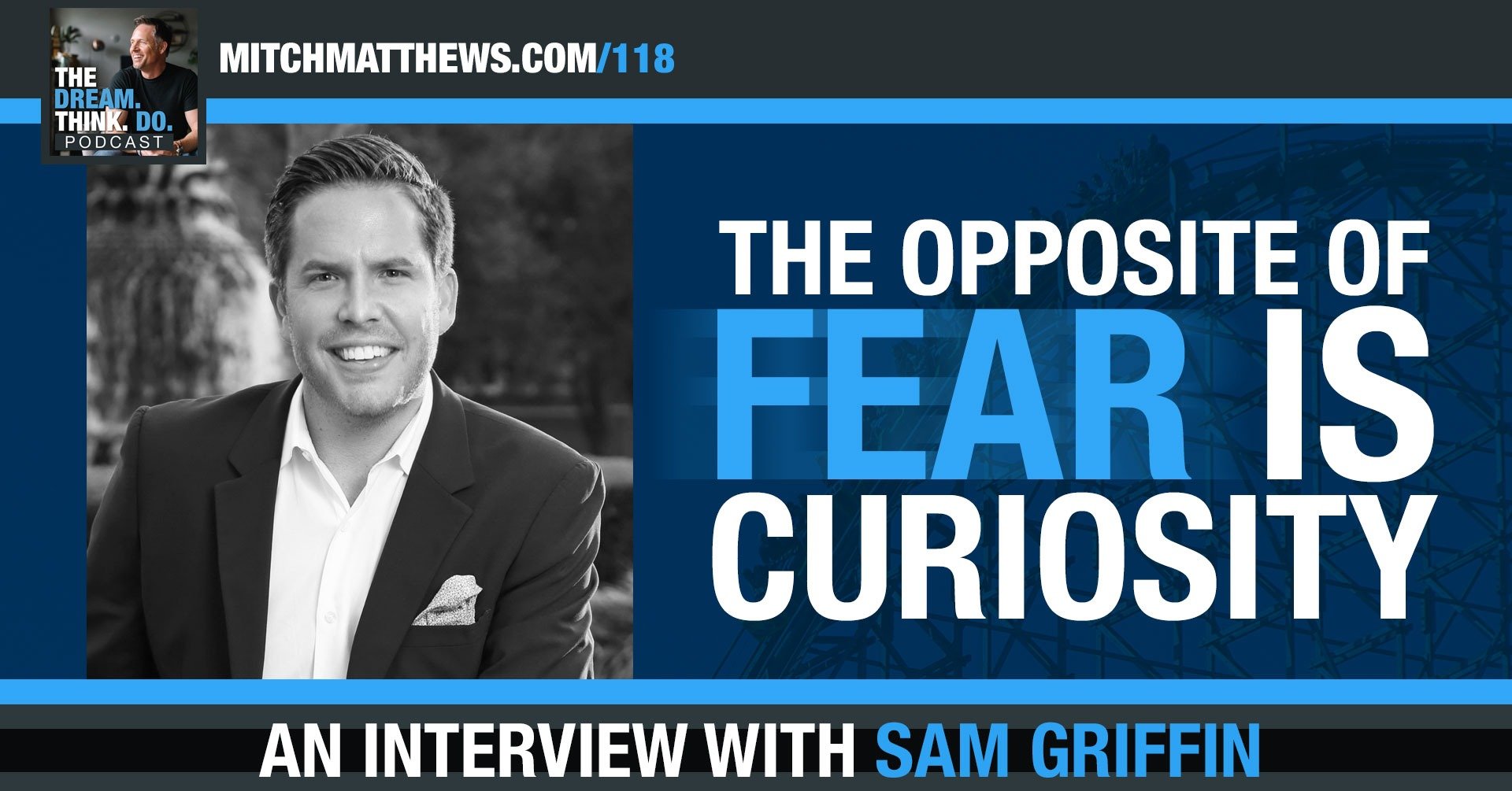 22 Mar The Opposite of Fear is Curiosity | Sam Griffin

In this episode of the DREAM. THINK. DO. podcast, Mitch talks with Sam Griffin, Executive Director of Creative Services for Garden & Gun Magazine. Plus, over his career, he’s worked with brands such as Cosmopolitan, New York Fashion Week, Oprah Magazine, Town and Country. Sam had to push through fear to achieve numerous dream jobs. In this interview, we talk about how he did it.

What are you most afraid of?

Public speaking? (That’s a BIG one!)

Maybe your fears are so deep… you’re not even sure what they are.  BUT you know they’re holding you back.

Some of us through circumstances have legitimate fears, but many of us don’t have ANY good or logical reason for our fears. My guest today, Sam Griffin, understands that all too well.

Plagued by fears since childhood, he later moved to New York City where for 13 years, he led Harper’s Bazaar, Bon Appétit, and House & Garden Magazine. Then he spent 2 years running his own consulting firm and working with brands, such as Cosmopolitan, New York Fashion Week, Oprah Magazine, and Town & Country Magazine.

I’ll bet that you are probably dying to hear how Sam got the guts to follow his passion…from the midwest all the way to NYC!

Sam is no stranger to success and will be spending 2 weeks in Sweden to film a documentary, all the while doing some cool stuff like traveling to an ice hotel…and guess how he’s getting there? (Hint: think lots of snow and fur!)