Mitch Matthews | The 15-Minute Experiment: A Key to finding your dream job! 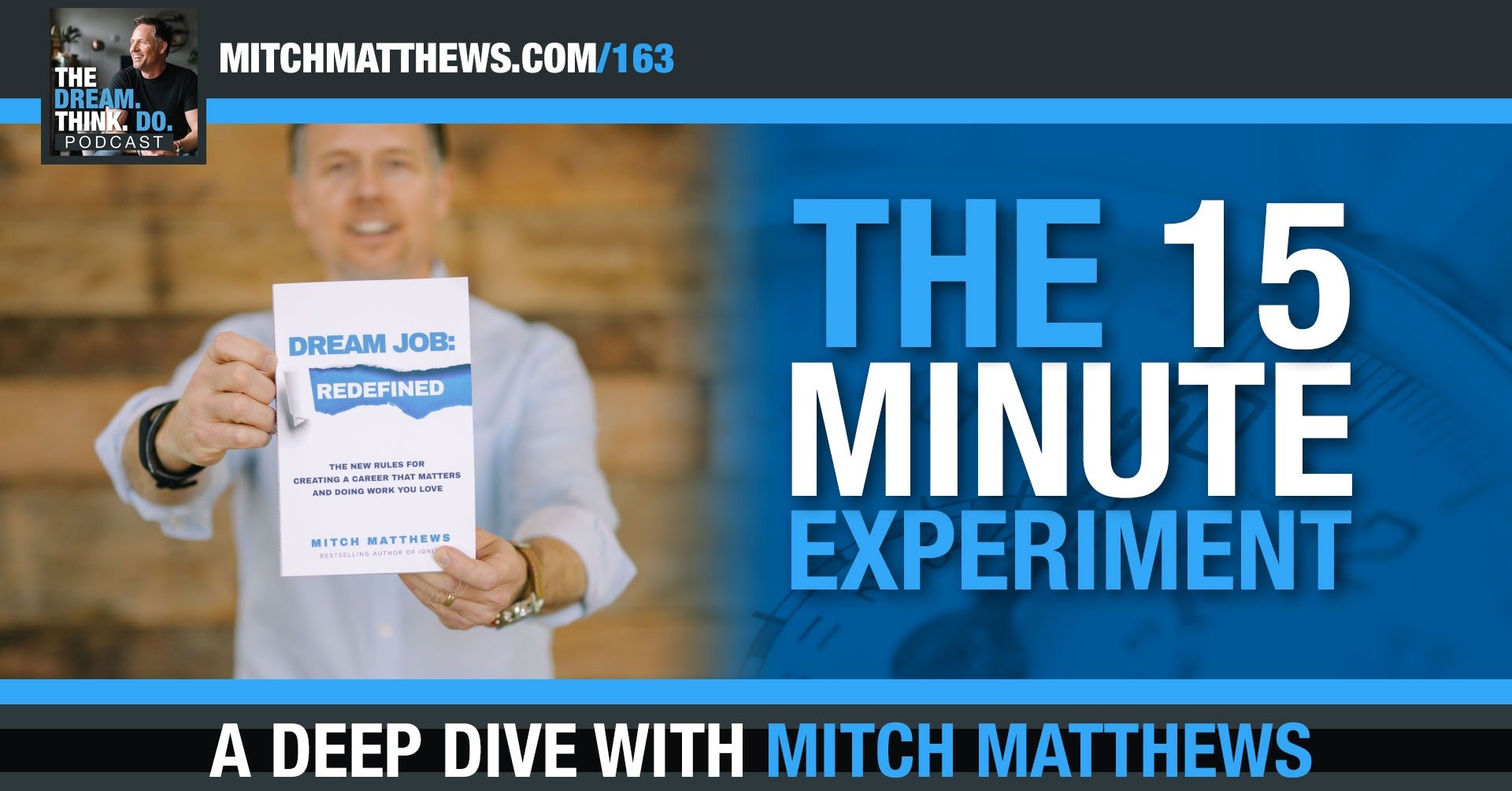 31 Jan Mitch Matthews | The 15-Minute Experiment: A Key to finding your dream job!

Mitch Matthews | The 15-Minute Experiment: A Key to finding your dream job!

This week, Mitch talks about a key strategy from his new book, Dream Job: Redefined.  It’s a concept that helped many of the 200+ people he interviewed get unstuck and break out of the rut they were in.  More importantly, it enabled them to get on track to create or find their dream job.  This simple but powerful strategy won’t cost you a penny and you can start in 15 minutes!

We’ve all felt it.  That feeling of being stuck.

BUT… do you want to know a secret about that feeling?

When I interviewed the 200+ people for my new book, Dream Job: Redefined, many of them told me they’d experienced that exact feeling.

More importantly, they were REALLY grateful for it!

Well… that was the feeling that finally made them start to make the changes they needed to make in order to eventually find or create their dream job.

That “STUCK-ness” (my word)… was the catalyst for them to start.

BUT here’s a second secret.

NONE of the people I interviewed wound up taking some crazy blind leap of faith.  Not one.  Nope.  Instead they almost all tried a strategy that I talk about in this week’s episode of DREAM THINK DO.

If you want to shake the feeling of STUCK-ness… listen in.

It won’t cost you a penny.  You can start immediately.  So… dig in and give it a try.

By the way… I shared this concept when I was being interviewed by a podcaster from London.  His response was, “Bloody heck… that’s so simple but I love it.”

Okay… he might have said something different than “Bloody heck,” but he did love it. I think you will too.

And hey… leave a comment and let me know what you’re going to do with YOUR next 15-minute experiment.  I can’t wait to hear from you!