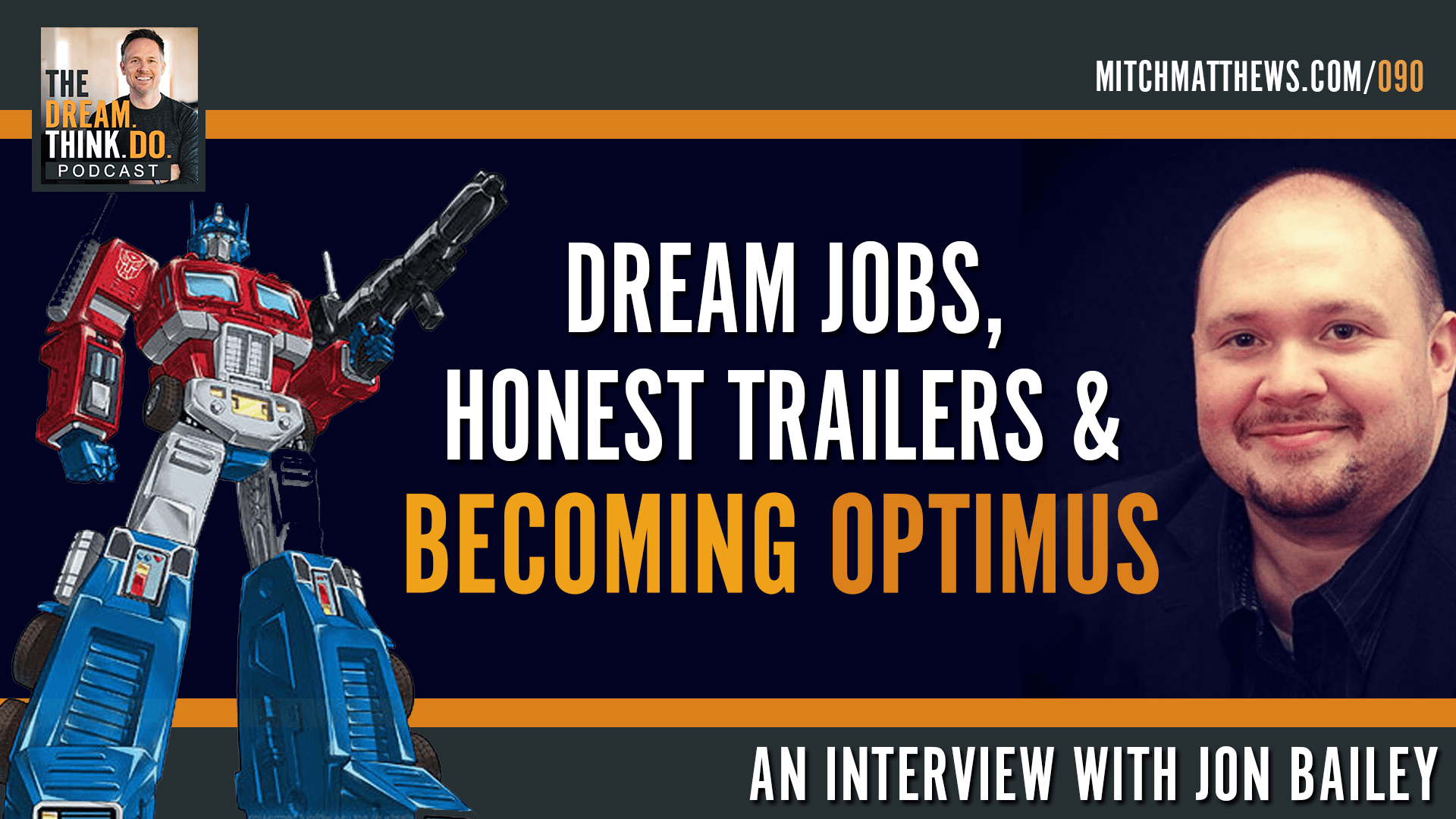 In this episode of the DREAM. THINK. DO. podcast, be ready to believe in yourself and start dreaming!

Have you ever dreamed of doing something that seemed impossible?

Just a few years ago, Jon was managing a Chick Fil-a, but his dream was to do voice-over work.

It didn’t make sense… but with the support of his wife, he started to work his dream job on the side.  Now Jon has over 300 movie trailers to his credit and he’s the voice of “Honest Trailers” on the YouTubes.  (HT’s get about 3+million views per video)

Plus, at the most recent Comi-Con in San Diego… it was announced that Jon secured one of the most sought-after roles in the industry! (You’ll have to listen to the interview to get THAT story!)

That’s right.  On today’s DREAM. THINK. DO. Episode, Jon and I talk about his story and how he took specific steps to create his own dream job!

In this episode, you will hear how Jon:

Plus, you’ll get to hear some of Jon’s epic voices along the way too!

This is one of my most fun… and inspiring interviews yet.  So be sure to check it out!

[Tweet ““Create the life you want, no matter where you are.” – Jon Bailey”]