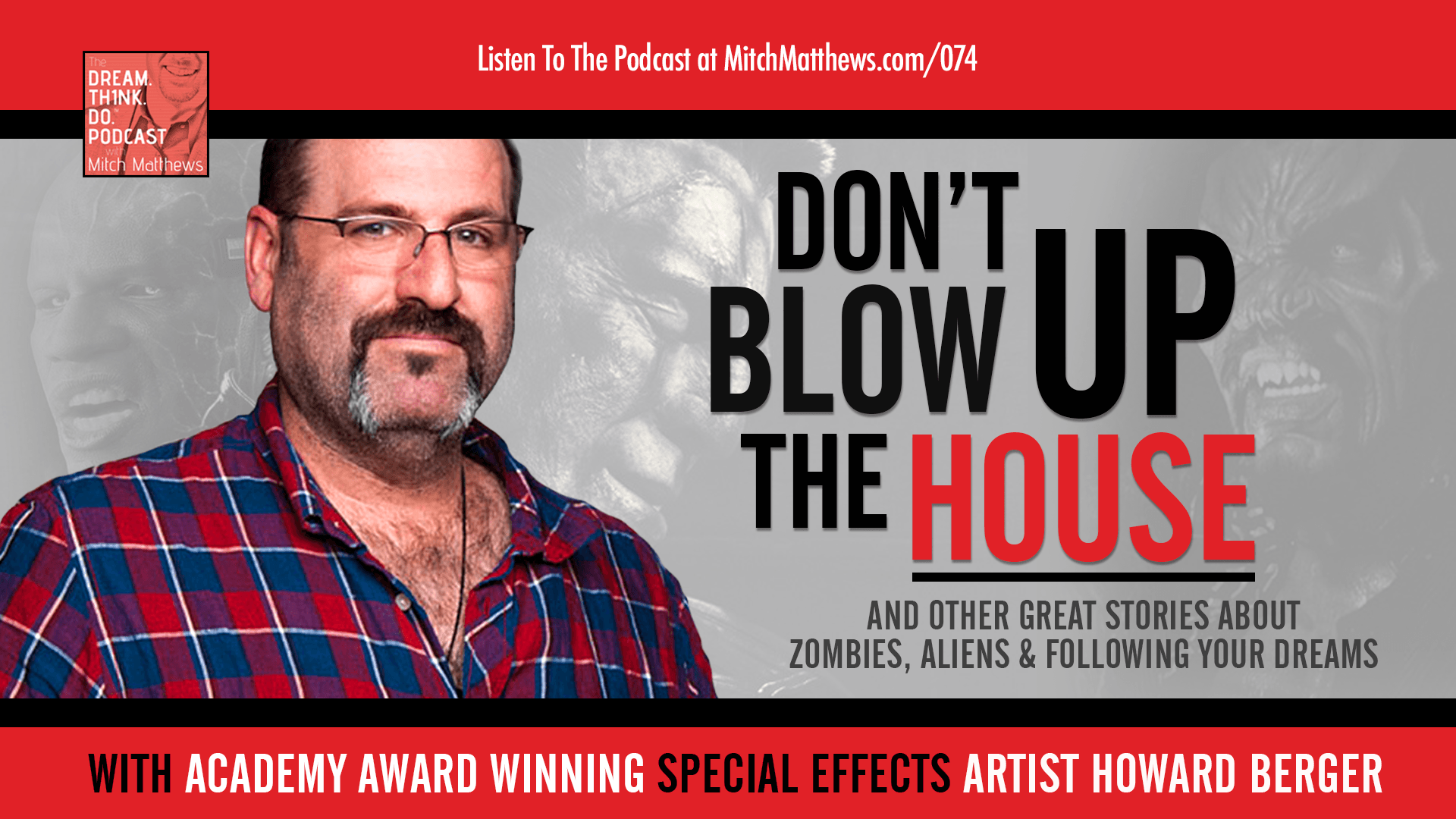 Get ready to hear from a true master of his craft!

My guest today, Emmy-and Oscar-winning special effects artist Howard Berger, has been playing in the world of film and TV for 35 years.

I’d say “working” but that doesn’t do justice to the nature of Howard’s incredible career. Encouraged by amazing parents, he took a childhood passion for monster movies and turned it into a profession—basically starting the day after graduating high school.

In 1988, he and fellow artist Greg Nicotero founded the KNB EFX Group. Since then… they’ve set the gold standard for special effects make-up in Hollywood.

The company has brought its seemingly inexhaustible creativity to everything from “Dances with Wolves” and “Pulp Fiction” to “The Chronicles of Narnia” films and the wildly successful AMC series “The Walking Dead.”

I can say… without a shadow of a doubt… there’s something for you in this interview whether you’re a creative, an entrepreneur, a sci-fi geek (like me) or… a parent looking to foster their kids’ creativity!

[Tweet ““No one cares more about your business than you.” – Howard Berger”]