Breaking through your “I Can’t!” 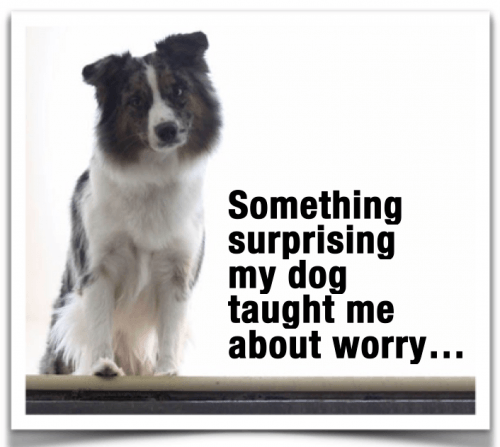 Breaking through your “I Can’t!”

So… where is worry holding you back?

Where are your worries causing you to say… “I can’t.”

Check out this video about a funny “I can’t” from my dog Lilly’s world.

Maybe there is an “I can’t” that you need to unlearn.

Do you know how?

That’s all Lilly, our dog, would need to do to “unlearn” her I can’t with the stairs.

One small step and she would break through the “I can’t” barrier.

Where is “I can’t” playing in your mind?

Maybe it’s around finding the right customer or nailing that new project.

Where is your “I can’t” lurking around… holding you back?

What’s one small but significant step you could take to break through that “I can’t?”

Take a step.  That’s what Mike Myers had to do when it came to his fear of heights.

See… Mike had lived most of his life with a strong fear of heights.

Then, he attended a BIG Dream Gathering as a part of Succeed Faster a while back.

This is his update… in his own words:

“When we were at Succeed Faster, I talked to so many rock stars who had been skydiving before.  During the BIG Dream Gathering, I had shared with them that sky diving was a big dream of mine because it was something on my bucket list, but I didn’t know when I would ever get the chance to do it…because I am afraid of heights.

I told them I would do it at some point down the road, but I just can’t right now.

But you know how the SF people can be.. They looked at me like I was crazy and said:

“Mike, why not now?  Saying you’ll do it later is not a valid reason.”

I looked back at them dumbfounded, because they had just called me out on the grounds that I really had no valid reason to respond with, besides the fact that I was scared of heights. At that moment I realized I was the only person in this world that was standing between me accomplishing this big dream of mine. As you know, this tends to be a similar scenario for most people in the world and their own dreams.

Well, I’ll admit… I made it clear to the group that this decision was only going to happen on one condition and it was contingent on one key point. The contingency was that I would only go if the opportunity presented itself sometime soon. If it did, then I promised I would NOT turn it down, and that I would conquer my fear of heights (while achieving a big dream).

It wasn’t even a week after that conversation that I received an email from Living Social notifying me that the daily deal in my area was for a tandem skydive, and at that very moment I thought to myself….

“I knew this was going to happen.”

It hadn’t even been a week and because of my promise to that group of people who had encouraged me to go live out my dreams, I held myself accountable and bought the deal. 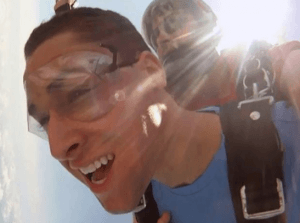 It was the greatest decision I have ever made, because not only did I conquer my fear of heights, but I was able to accomplish a Big Dream of mine.

That accomplishment would not of become a reality without my experience at the Big Dream Gathering.. I also discovered that not only am I over my fear of heights, but I absolutely LOVE skydiving and may have a new hobby.

Thanks Mitch for bringing the gift of the Big Dream Gathering to the world!”

Mike took a step (or… better said… a leap) and pushed through his “I can’t.” And it changed everything.

Now… how about you?

What’s one small but significant step you could take to push through your “I can’t?” Is it signing up for that class?  Is it reaching out in a new way? Is it trying something new?  What might it be for you?

Think about it and take the next two days to experiment with these 4 steps:

Ask yourself: “Is this something I actually want to do?  If no… cool.”  Forget about that and move on to an “I can’t” that you want to push through.

Ask yourself: “What is one small but significant step that I could take to begin to push through this ‘I can’t?'”

Then… let us know.

Seriously… take today and tomorrow to identify at least one “I can’t” in your life… and then take a small but significant step to push through it!

I can’t wait to hear what you come up with!