A pearl of wisdom for a veteran! 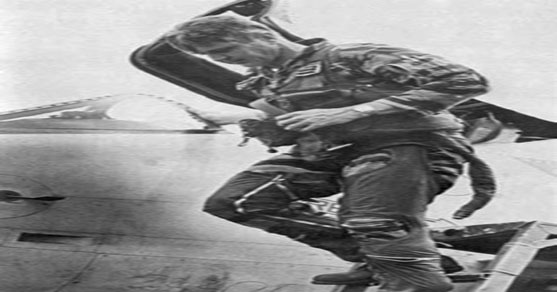 24 May A pearl of wisdom for a veteran!

As we’re headed into Memorial Day weekend… I wanted to first and foremost thank the men and women in our armed forces and all of our veterans who have served our country! It’s because of YOU… that we live in a country where it is both safe and possible to dream big and achieve more! We are completely in your debt!

A Pearl of wisdom from a Veteran 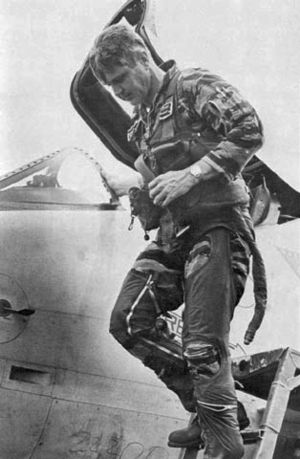 So… as I was prepping for my Friday morning show on 107.1 fm… I thought it would be fitting to take a pearl of wisdom from a veteran and POW camp survivor. His name was Jim Stockdale.

Jim Collins in his book, “Good to Great” interviewed Jim Stockdale and as he did… he uncovered an incredible key to leadership (and life)!

See… Jim Stockdale was a decorated pilot for the U.S. Navy. He had the kind of career that they make movies about. But during a battle Stockdale was shot down, captured, beaten within an inch of his life and then thrown into the Hos Lo prison. This prison was notorious for it’s brutal treatment of it’s captives. In fact, most prisoners didn’t live longer than a year within it’s walls. However, Jim Stockdale lived for over 7 years on the confines of this freakishly nasty hole.

As a result, Jim Collins wanted to find out how a man could survive this ordeal and help others to do the same.

When he interviewed Stockdale, he uncovered what he later called “The Stockdale Paradox.”

Collins asked him how he coped with the brutalities of life as a POW. He asked about the mindset of Stockdale as well as those who didn’t survive.

As he did… Collins found out that Stockdale chose to live in a “tension.”

That tension was caused by having one foot solidly planted in a belief that he would not only survive his ordeal but that he would eventually thrive in life. At the same time, he also kept one foot planted in the “brutal realities of now.”

Standing in this tension was admittedly difficult but Stockdale believed it was not only the key to his survival… but that it was critical to him emerging from that horrible situation to live a long, healthy and fruitful life.

It was a paradox. But it was also critical.

Collins then asked him about the mindset of many of the soldiers who didn’t make it. Stockdale explained that often times the soldiers who didn’t survive would get caught up in one or the other sides of that “paradox.” They might get excited about an upcoming holiday like Christmas or the 4th of July. They’d tell themselves and others, “We’ll be free by Christmas! We just need to make it to Christmas.” But then Christmas would come and go… and they would quickly lose hope because their “now” hadn’t changed.

Or… others would get immersed in the brutality of the “now” with no belief in the future. They would only focus on the beatings and their horrible situation… and as a result… give up.

Instead… Stockdale stayed in that “paradox.”

As a result, he figured out ways to use Morris Code to communicate with other prisoners when locked away in solitary confinement. He shared food and limited supplies with other prisoners… in order to keep a spirit of connectedness and partnership. He kept faith in his future but he also confronted the brutal facts of his current reality.

I’m happy to say that although I face some pretty significant challenges on a daily basis… all of that pales in comparison to the brutality of a POW camp.

Can I get an amen?

But this is wisdom we can apply to leadership… and to life.

We need to believe… to our core… in our dreams and the dreams of others.

At the same time… we need to keep one foot solidly planted in the realities of the “now.”

We need to fight the good fight each day. Bring our best game. Pour out a cup of our best awesome in our work every day!

As I wrap up this post… I wanted to share an awesome example of what I’m talking about. (And how simple but profound living in this paradox can be.)

As I was walking into the radio station to do my morning segment… I noticed a woman in the parking lot moving towards the front door. She was hobbling and tentative. When she moved around her car I could see a large cast on right foot. It made her pace very slow and deliberate. We approached the building at almost the same time, so I stuck around to hold the door for her. As she came closer I could see that her cast had zebra print on it that matched her shirt perfectly. I smiled, held the door and noted that it was the first time I’d ever seen someone be able to “accessorize” their cast so adeptly. She smiled brightly and explained that she’d found zebra print duct tape and thought that she could “just make the most of it.”

At the same time… what could you do to increase your engagement in the “now?” How might you focus on your current opportunities and challenges… just a bit more today?

What’s something you want to do… to recognize and boldly stand in that Stockdale Paradox… today?

Join in the convo… and share your thoughts. I’d love to hear from you!