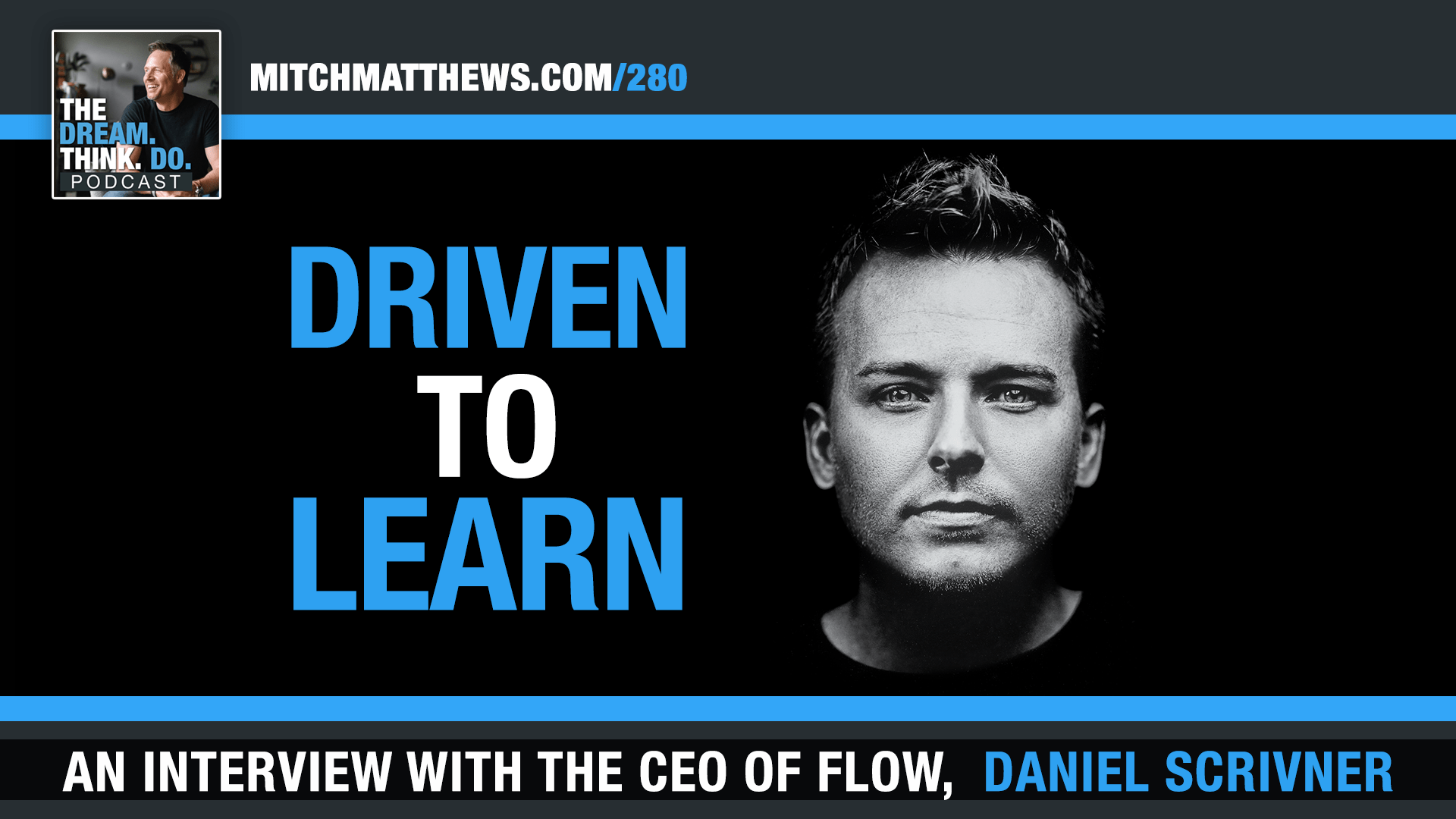 Daniel Scrivner… he’s a true DREAM THINK DOer.  He’s a self-taught designer who got his start freelancing and eventually joined DDB – an advertising firm in Venice Beach.  Then… he moved to San Francisco and joined Apple’s Marketing Communications team… where he got to work on several landmark product launches and projects.  In 2011, Daniel left Apple and joined the small team at Square.

He went on to become Square’s Director of Design… where he grew his team from 5 to 40… and his team touched almost every aspect of Square’s design.  During that same time, Square went public… and was valued at over $3.6 billion.  In 2016, Daniel left Square and founded Blackletter Ventures… and has become an investor in more than 30 companies.  Daniel has also become a trusted advisor to brands like Nike, Disney… and he speaks on design and entrepreneurship around the world.  Which brings us to what he’s up to now.

Daniel wants to give DREAM THINK DOers would like to give 25% off their first year with Flow. You can sign up for free at www.getflow.com and use promo code “DREAMTHINKDO” when you subscribe.

Daniel and I extended our conversation to talk about leadership and life!  Check out this bonus interview for some pure gold insights on stretching yourself, continuing to innovate and living life to the fullest!

Characterized by his refined aesthetic and ability to work at the highest level across mediums, Daniel is recognized as a leader in his field.

Get this… his client roster includes organizations like Apple, Square, Nike, Disney, and Target, and his accolades include a D&AD Black Pencil for Apple.com, a nomination to Kleiner Perkin’s Design Council under John Maeda, and several “Best Of” awards in both Apple’s App Store and Google’s Play Store.

As you’ll hear in our interview, Daniel is a self-taught designer, who’s worked his way up to now being CEO of Flow.

Daniel has been invited to speak at some of the world’s most innovative organizations, including Andreessen Horowitz, General Assembly, Designer Fund, and 500 Startups.

A California native, Daniel now lives on five acres up in the foothills of Boulder, Colorado with his bride, Bre, and their dog, Sunny.

With clients and investments across the US, he spends most of the time in Colorado, with many trips to California and New York when it’s safe to do so!

What do you think?  What stood out to you from this convo with Daniel?

I have to say I love his devotion to continually learning.  That core belief has allowed him to push through and have some AMAZING experiences.  Apple. Square.  Now… FLOW.  Pretty dang cool!  Plus, that devotion keeps him stretching and achieving at new levels.  Love that.

What did you dig?  What did it stir up? I want to hear from YOU!

I can’t wait to hear YOUR thoughts!