Fritzi Horstman – STEP INSIDE THE CIRCLE 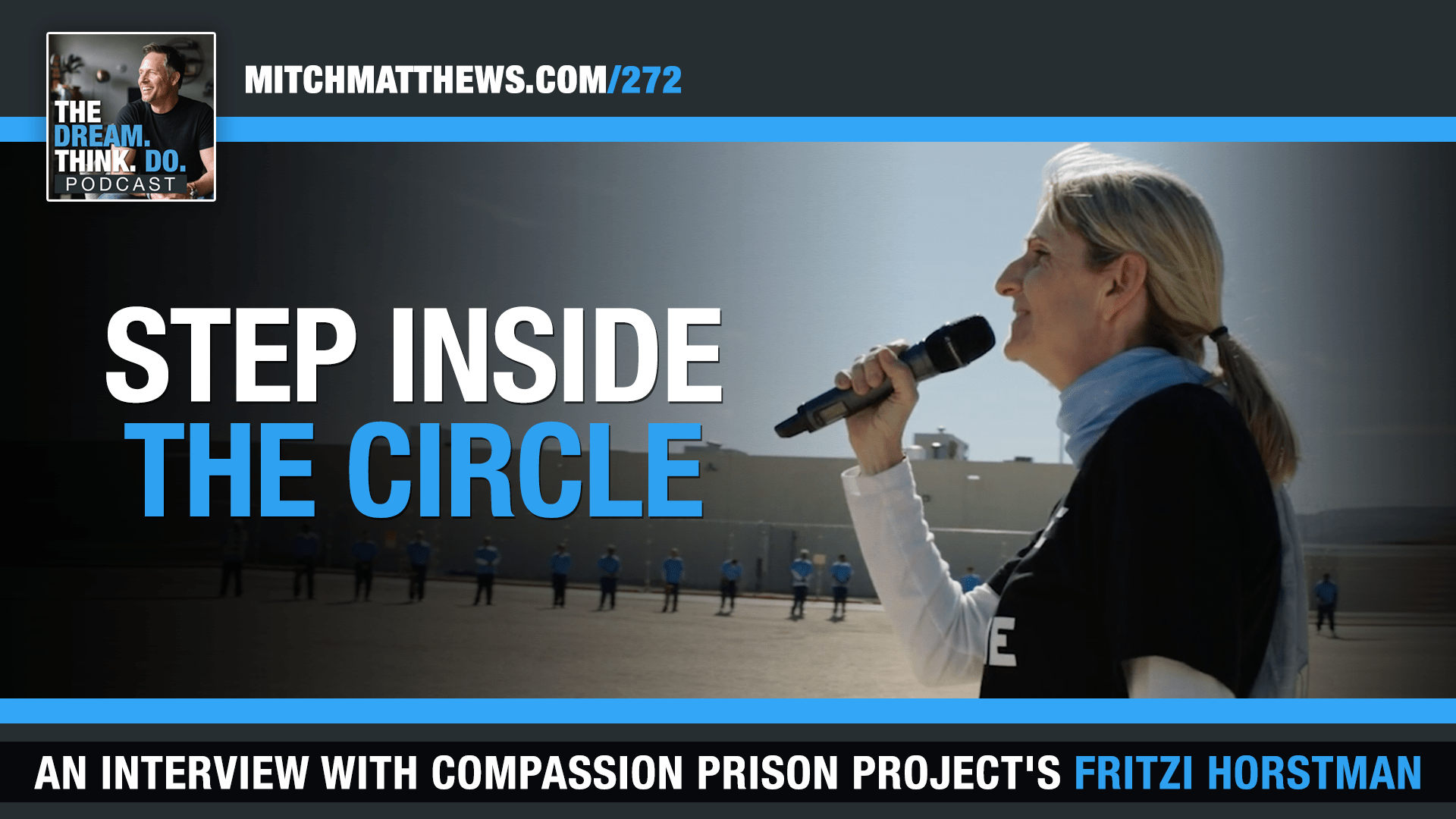 We’re talking with Fritzi Horstman.  She’s the Founder and Executive Director of the Compassion Prison Project.  Before that, she was a Grammy Award Winning producer of projects like HBO’s “The Defiant Ones” as well as dozens of television projects, documentaries, and several films.

In 2018, Fritzi had the experience of visiting a high-security prison and while she was there her heart broke.  She saw some things she thought needed to change, so she dove in to help.  A video that demonstrates the amazing work of the CPP has gone viral with millions of views.  In fact, that’s how I came across Fritzi’s story.  After watching the video… I dug into the story and was so impressed I wanted to have her on to share about her journey! She’s the example of someone who saw something that needed to be fixed and she came up with a tangible solution to help.  I think it will inspire you.  Let’s get to it.

The CPP Video we talked about:

Step Inside the Circle from Fritzi Horstman on Vimeo.

MORE INFORMATION ON THE EPISODE:

On February 12… 235 incarcerated men gathered in the yard of a California maximum-security prison to learn something about themselves.

These men formed a huge circle… and our guest… Fritzi Horstman… stood in the middle of that circle… alone… with a microphone… guiding them through an incredible process of awareness and healing.

Maybe you’ve seen the viral video that helps to tell the story… a million+ people have watched it… and it’s amazing.  (It’s featured in the resources section above.)

Fritzi reads a series of statements.  Each time… if these men could say yes to the statement… about their childhood… about the environment, they grew up in… about the abuse and trauma they faced… about the incredible challenges, they’d had to deal with… then they were asked to step further into the circle.

It’s a circle of compassion.

It’s a circle of no shame.

It’s a circle of healing.

Again… if you’ve seen the video… you know it’s an incredibly powerful and incredibly revealing process that we can all learn from.

And that’s just the beginning of the “Compassion Prison Project” started by Fritzi.

This week, we’re going to talk with her about how she went from being a Grammy Award Winning producer to be the Founder and Executive Director of the Compassion Prison Project.

I hope it inspires you to DREAM and to THINK about the places where you see a problem that needs to be fixed… and to ask… “What can I DO to help?”

So… I know one of my favorite parts of the conversation was when Fritzi talked about seeing the problem but she looked at it through her experience.

She reframed this huge challenge and although she didn’t have experience with the prison systems… she gave herself permission to explore possible solutions.  She didn’t wait.  She started.  She asked, “What can I do?” and she took action.  That’s huge!

What’s something that stood out to you from the conversation?

Leave a comment and let me know!  I can’t wait to hear from YOU!