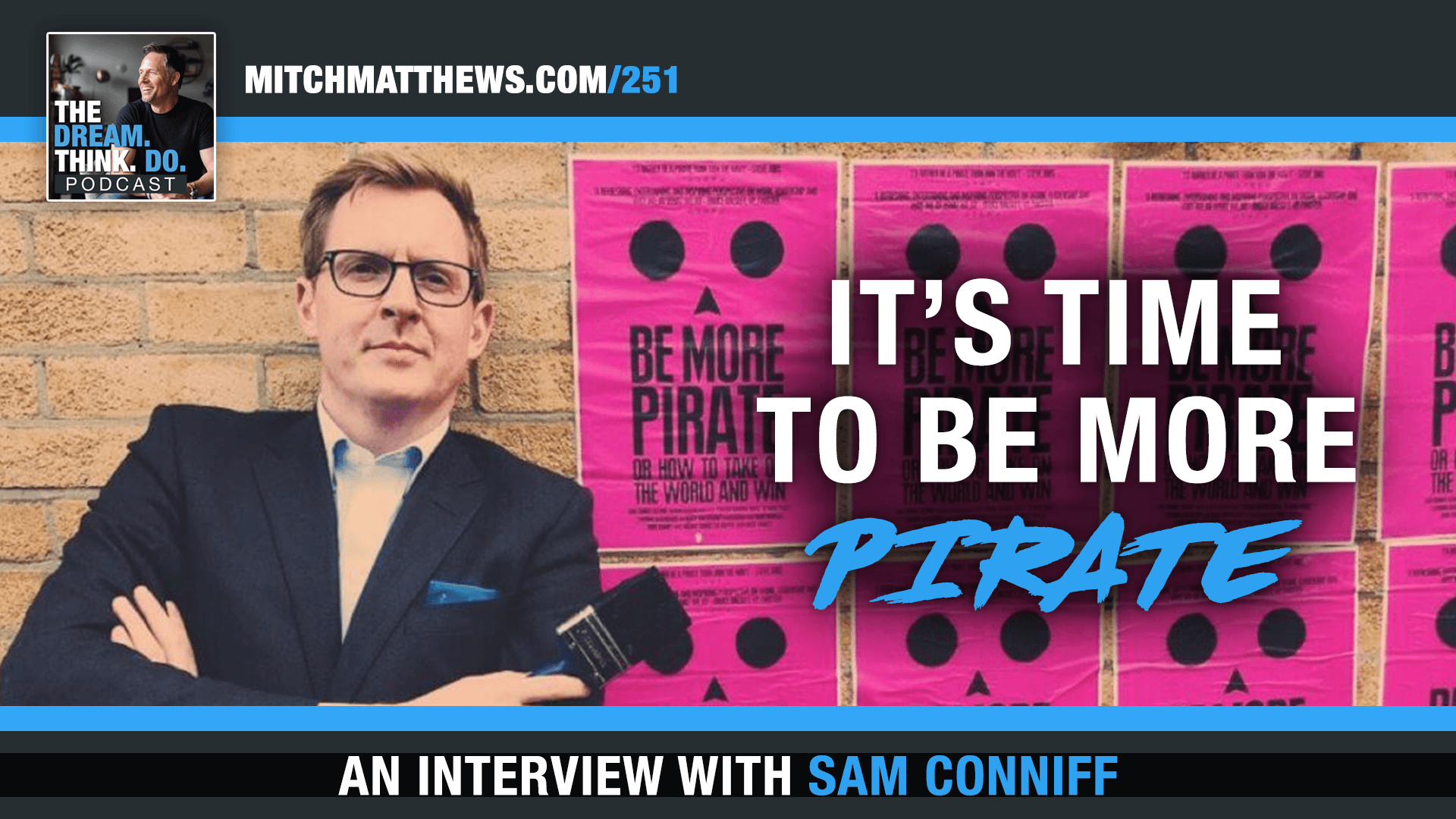 My guest is Sam Conniff.  His new book is called “ Be More Pirate … how to take on the world and win.” In it, Sam’s all about helping you revolutionize the way you think… live… and work.  This entrepreneur for South London dug into history to be inspired by some of the most innovative, inclusive, and successful thinkers the world has ever known.  That’s right! He got his playbook for life from the golden era of pirating. In this conversation, we dig into ways to rebel against the status quo… rewrite the rules… and make 2020 the best year yet. MORE ABOUT THE EPISODE:

So Steve Jobs once said… “I’d rather be a pirate than join the navy.”

When you think about it… it’s often the rebels who changed society, change the way we do business and make a difference in the world.

If you’re a DREAM THINK DOer… that means… you’re willing to dream bigger… think differently and DO the stuff others might not have the guts to do.  That’s who we are!

Well… my guest today… Sam Conniff gets that.

His new book is called “Be More Pirate… how to take on the world and win.”

In it… Sam’s all about helping you revolutionize the way you think… live… and work.

He started his first company when he was 19 and has now become an award-winning social entrepreneur.  Sam has launched and led several companies, mentored thousands of young entrepreneurs… and with organizations like Forbes Magazine saying he’s one of the sharpest thinkers on the planet… he’s now a sought after thought leader and is speaking around the world… and helping organizations like Google and Facebook.

Leave a comment below and let me know what ideas and stories stood out to you!