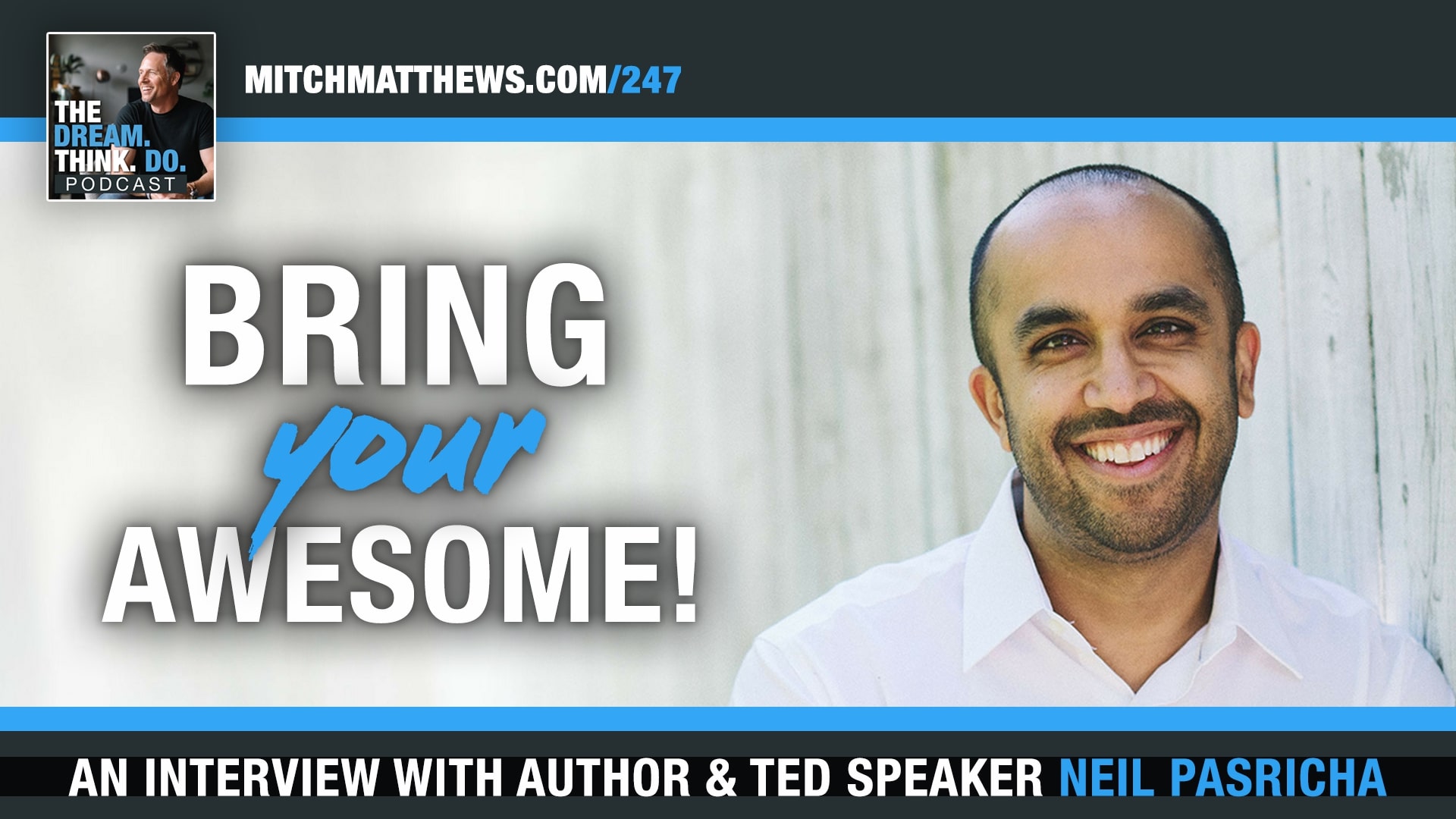 Today my guest is Neil Pasricha. He thinks, writes, and speaks about intentional living. Neil is the New York Times bestselling author of six books, including The Book of Awesome and The Happiness Equation. These two books have spent over 200 weeks on bestseller lists and have sold over 1,000,000 copies. He also hosts the award-winning podcast 3 Books where he’s on a fifteen-year journey to uncover the thousand most formative books in the world.

MORE OF THE STORY:

Neil has degrees from Queen’s University and Harvard Business School, but he will also be the first to tell you that he “almost” got fired from his first job at Procter and Gamble and his first franchise went down in flames.

But he rose up like a phoenix with an amazing story… and now he’s got his best selling books, his fascinating podcast, his blog with millions of hits… and he has one of the most viewed talks on TED.com. In fact, his TEDx talk, “The 3 A’s of Awesome”, is ranked as the ninth most inspiring TEDx talk with over 3 million views.

In total, he has sold over 1 million books. His books and his TED talks are all based on Pasricha’s popular blog called “1000 Awesome Things.” He’s won three Webby Awards and PC Magazine listed it as one of the top blogs in the world.

Most importantly… he lives in Toronto with his awesome wife Leslie and their three sons.

In our conversation, we’ll talk about strategies to help you with becoming more resilient, becoming failure-proof and being less anxious and more awesome.