Start Where You Are: Ron Henry 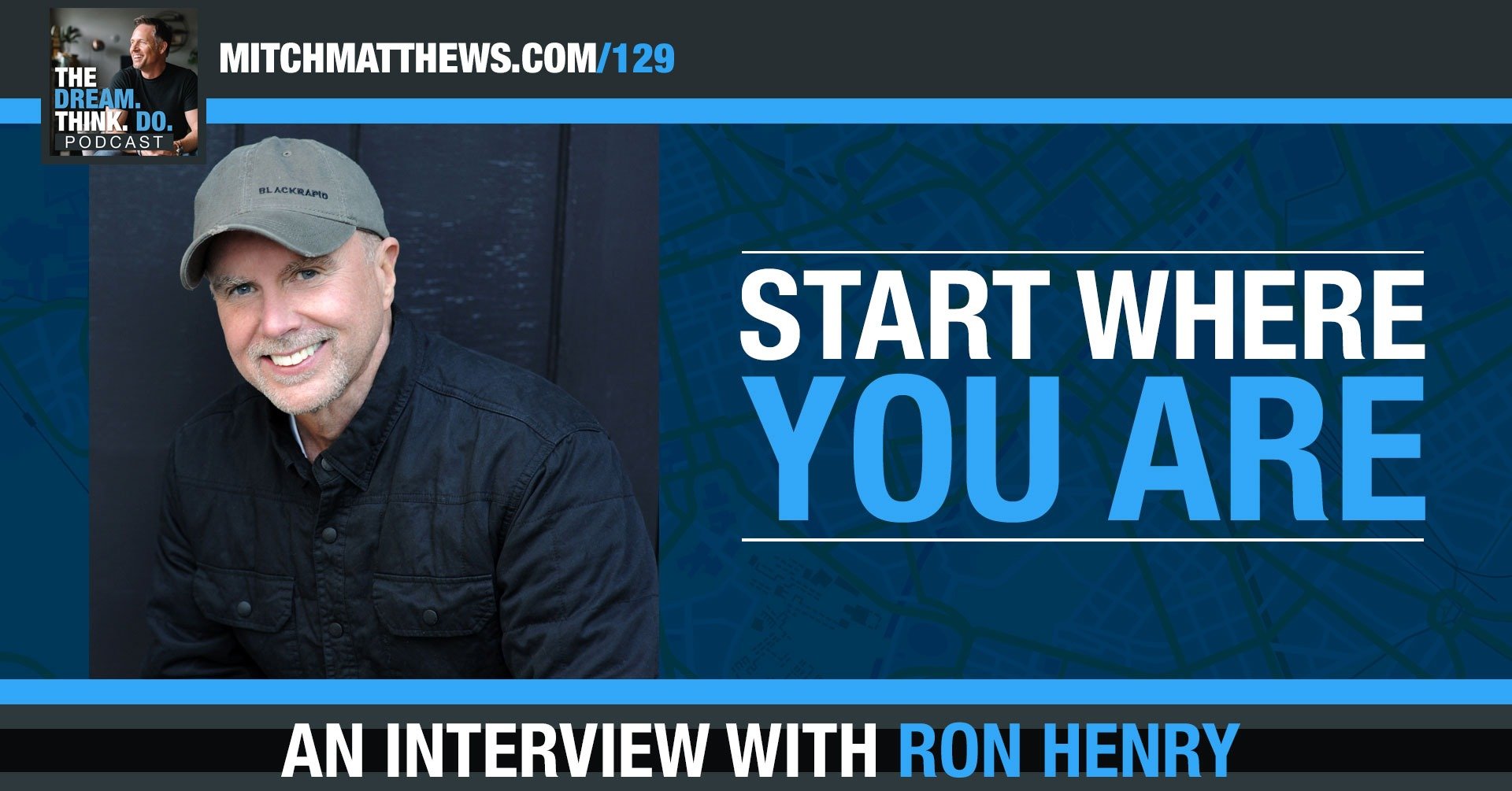 06 Jun Start Where You Are: Ron Henry

In this episode of the DREAM. THINK. DO. podcast, Mitch Matthews talks with Ron Henry, founder of the premier brand and multi-million dollar company BlackRapid. Ron spent over 10 years as a photographer before he took the risk and invented and patented an entirely new type of camera strap. He launched BlackRapid and it has now become known for its great products and for a culture that cultivates growth, creativity, and innovation.

There’s a reasonable risk is scary…

It’s because there’s no guarantee how things will turn out.

My next guest on DREAM THINK DO, Ron Henry, is familiar with risk. After 10 years as a successful wedding photographer in the Seattle-area, he decided he wanted more out of life.  So he started to pursue an idea and he invented and patented a new camera strap.

Less than 10 years later, that one idea has grown into the multi-million dollar company BlackRapid, which is now known as the world’s premier brand for camera straps.

The risk clearly paid off.

In our conversation, Ron talks about those early years of what pushed him to take that leap when he already had a successful career.

Plus, we dig into the importance of starting right where you are.  And… we discuss how he started small and kept pushing forward.

That part of the conversation is TOTALLY worth it… but wait there’s more!

A bonus aspect of this interview is when we start to talk about creating a business culture that works.

Listen to this episode for inspiration as Ron talks about the importance of timing in achieving big dreams and being able to create a life you love.