Christopher Lochhead | Create Your Own Category – The new key to effective marketing! 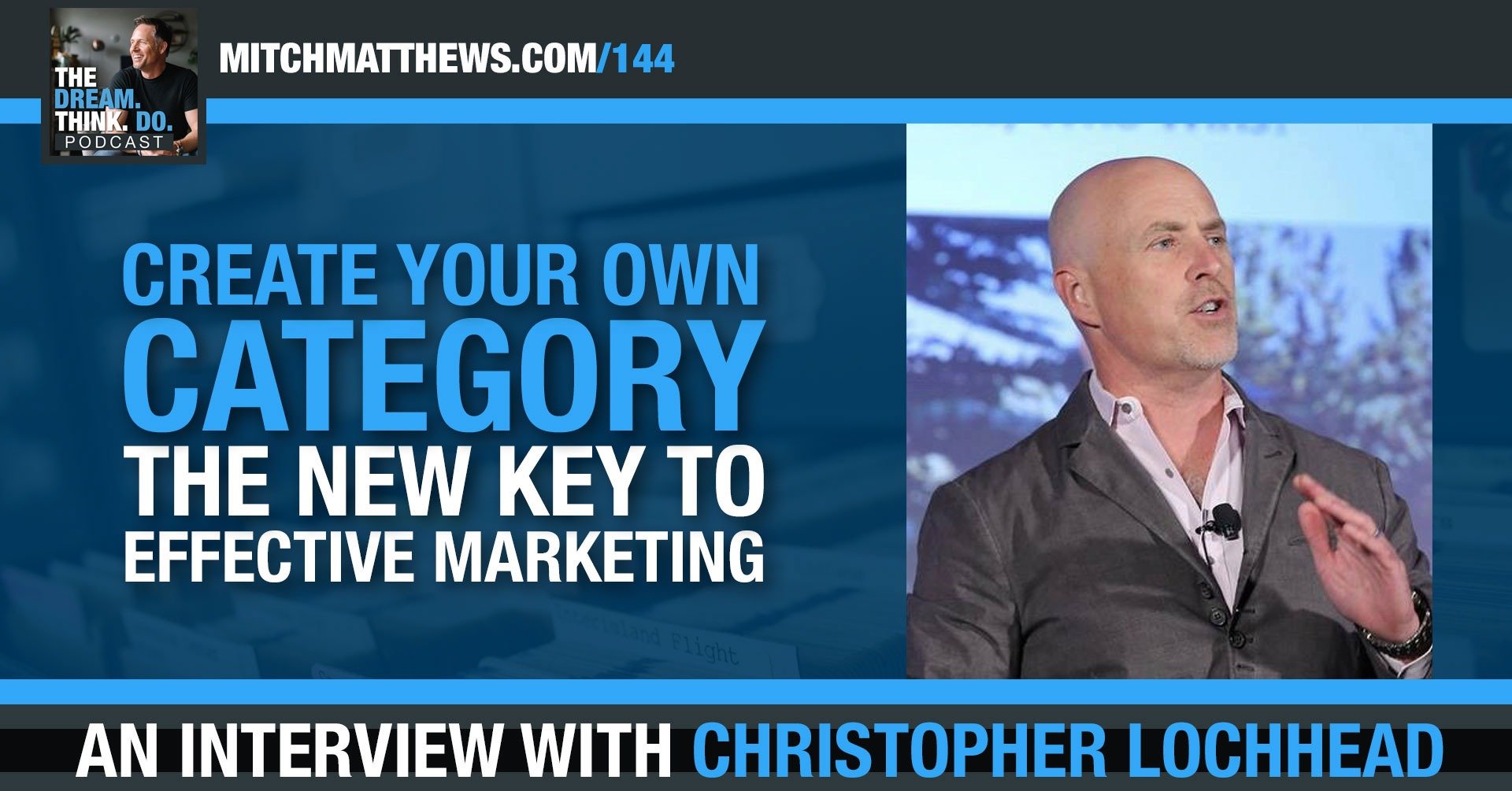 20 Sep Christopher Lochhead | Create Your Own Category – The new key to effective marketing!

In this episode of the DREAM. THINK. DO. podcast, Mitch Matthews talks with Christopher Lochhead, retired Silicon Valley CMO three times over, author, and host of the podcast “Legends and Losers.”  He’s also a self-described surf and ski bum. Entrepreneur magazine calls him one of the greatest marketing minds out there!  In this episode, Chris shares his unique perspective on how to live like a legend and create a category of ONE.

Christopher Lochhead was thrown out of high school.

So at a young age, he decided to start a business.  (Because… why not?)

Despite a lack of formal education, he chose to be in control of where he found himself in life and grew his first business into a huge success. Then he wrapped a Shelby Mustang around a tree and nearly died.

That experience taught him some serious life lessons that helped RE-shape his thinking.

After some ups and downs and an extremely successful career in Silicon Valley, Christopher has some solid tips and advice on becoming a true innovator.