Behind the Scenes | A conversation with Movie Critic Russell Matthews 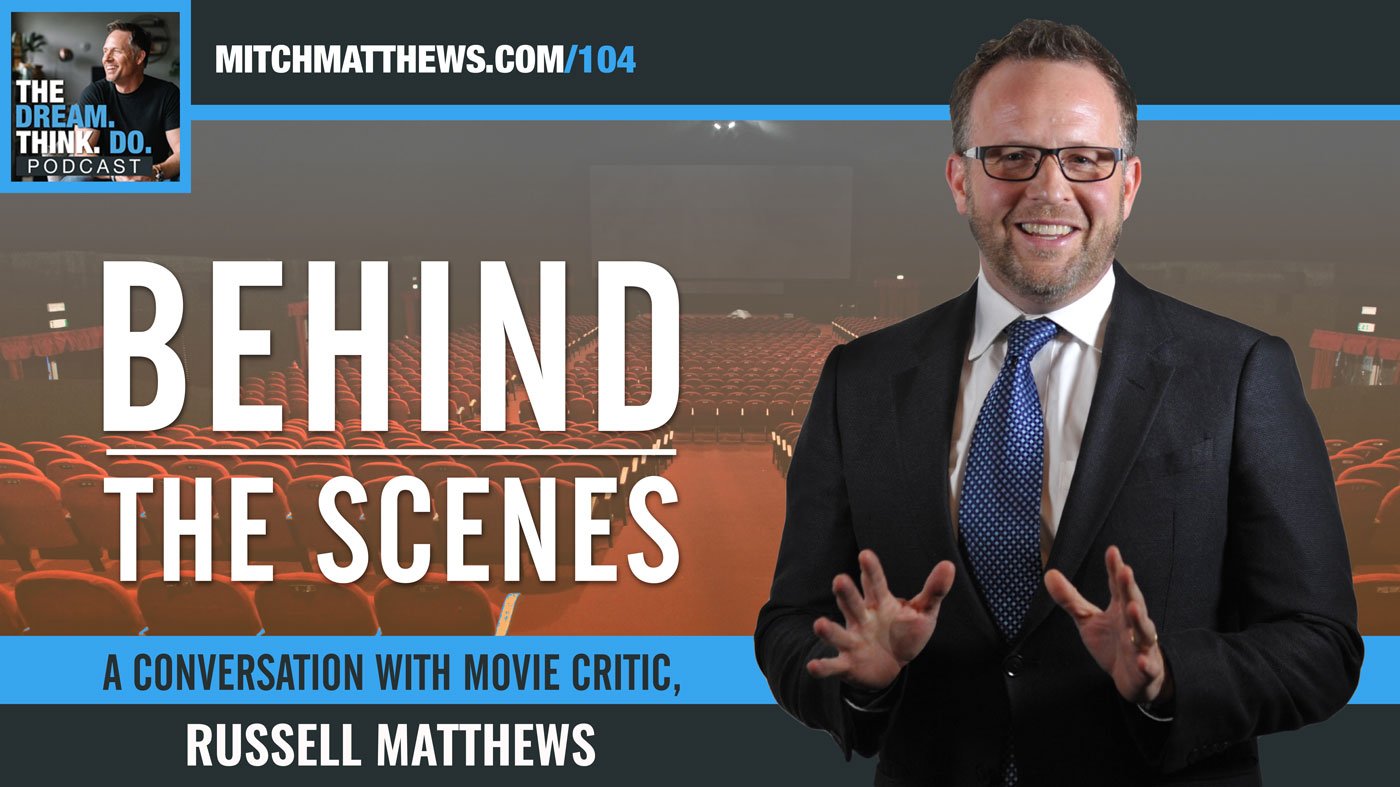 Posted at 22:40h in Dream. Think. Do. by Mitch Matthews 0 Comments
2 Likes
Share

A full-time job doesn’t mandate ignoring your passion. By routinely reviewing your purpose and engaging in honest self-evaluation, you can incorporate both a fulfilling vocation and avocation into your life. Started three years ago, the movie review blog Russelling Reviews is the brainchild of American born Russell Matthews and is his contribution towards “creative dialogue between church and the entertainment culture”.  Now living in Australia with his wife and four children, Matthews works full-time as the Engage Manager in a Christian outreach ministry, City Bible Forum, and part-time as a movie reviewer.

Do What You Love But Keep Your Day Job

Starting a sideline business can be challenging on its own, but when you are juggling it with a full-time job, as well as with a wife and four children, challenging becomes somewhat of an understatement. Russell Matthews has worked full time with a Christian outreach ministry,City Bible Forum, in Sydney, Australia for the past ten years. He’s the Engage Manager, which is all about community outreach. With only 5% of the Australian population being regular church-goers, he has his job cut out for him.

Three years ago his blog started as a result of two things he loves. Christianity is very important to him and he is crazy about movies. Matthews grew up in a family that adored movies. A favorite family past time over the years was viewing movies together followed by rousing discussions afterward. These fond memories encouraged him to continue as a movie buff throughout adulthood. It was not a stretch then when he decided that reviewing movies in relationship to Christianity would be a good niche for him. His blog, Russell Reviews was well-received when it was first published on the Insights website and it continues to grow in popularity. His reviews appear in Insights Magazine and Entertainment Fuse.

Matthews is passionate about his blog and his mission to “tie in the movie to a faith component and spark dialogue around it.” It doesn’t hurt that he gets tickets to see the movies before they are open to the general public, or that it is his job to watch movies. Then he works to “pinpoint the quality of a film and write a quality review.” His reviews also appear on Reel Dialogue, which cites its purpose as “engaging with films, without disengaging your faith.”

Checking in with his motive and purpose regularly is a priority for Matthews. In doing so, there are three key components he must examine to be sure he is on course.

Often Matthews receives only one pass to a film preview, but sometimes he gets a pair. He loves it when he does, because that means he can take his wife or one of his children. He recently had the pleasure of viewing a film with his eleven-year-old daughter, Carolyn. When he asked her what she thought of the film, she replied, “Well Dad, I was thinking about the different levels in this film…” It took him back to his childhood and discussions with his parents after enjoying a movie together. His favorite thing about his blog is being able to share moments like these with his family.

When asked which upcoming films he is most looking forward to viewing, without hesitation, Matthews offers this: “I am intrigued by the latest Star Wars film coming out in December, Rogue One. The hook in this film is ‘ordinary people who choose to do extraordinary things.’ His number two choice is Will Smith in Collateral Damage, where a broken man writes letters, not to people, but to Time, Love, and Death. His interest in this film is in how it engages the supernatural in a new way. Number three is, Hacksaw Ridge, which was filmed in Australia about the true story of a conscientious objector who won the Congressional Medal of Honor in WWII, even though on religious grounds he refused to bear arms. He’s intrigued by these films because of the message inherent in each.

Matthews offers words of wisdom for someone who has a passion and is looking for advice about starting a side project or part-time business. “Consider it, but go for it,” he advises. “Sometimes we can overthink something and end up not doing it. Also, pray to ask God if this is something you should be doing. There will be challenges along the way, but that is not an indication that you should not be doing it.”