365: Masters of Make-Up Effects – A fascinating convo with Howard Berger and Marshall Julius 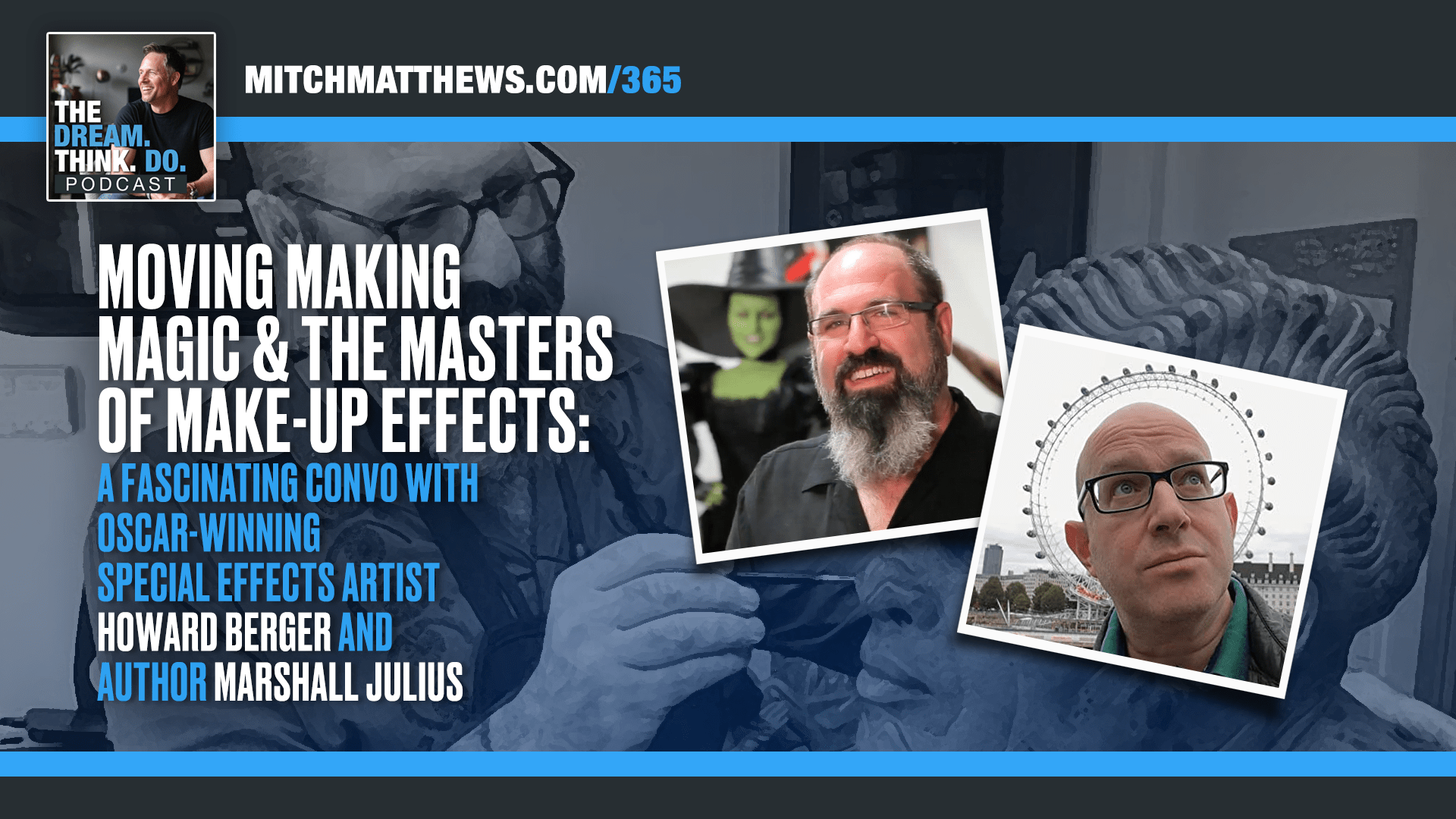 Howard Berger and Marshal Julius are with us!  You probably remember Howard from episodes 74 and 284. He’s the co-founder of the KNB EFX Group AND he’s an academy award and Emmy award-winning special effects artist.  It’s hard to do this guy justice… because he’s been involved with over 800 feature films and television shows. He’s worked with some of the biggest names in show business.

He and his business partner Greg Nicotero are responsible for allllll of the zombies in the Walking Dead. He’s done All of Quentin Tarantino’s movies.

He’s Mark Wahlberg’s go-to guy for special effects.  He and his team did the Chronicles of Narnia… for which they won the Academy Award for Best Make Up. He got another academy nomination for his work on HITCHCOCK.  And just about every horror movie that’s scared the crap out of you over the past 20 to 30 years… there’s a VERY good chance Howard had something to do with it.  And just try to wrap your mind around this… for ONE tv show… The Orville… they have created over 1000 designs…  that’s just ONE show!!!

Now… let’s talk about Marshall Julius.  I’d classify him as a modern-day renaissance man!  He’s an author… he’s an artist.  By the way… his art has been purchased and shared around the world. He kills it on the Twitters and most importantly… he’s made an impressive career and business out of being a professional fan and self-proclaimed nerd.  Now THAT’s the best… when you can make a career out of something you love!

Okay… so we’re talking today… because these two long-time friends have teamed up to write one of the most anticipated and fascinating books written for film fans and geeks… called, Masters of Make-Up Effects: A Century of Practical Magic.  It’s already a #1 new release and it doesn’t come out until next month!!!

We’re going to be talking about the book… and some of the great stories that they remembered and uncovered as they wrote it.  I can’t wait for this… so let’s get to it!

Their new book: Masters of Make-Up Effects: A Century of Practical Magic

Find Marshall on the Instas: instagram.com/vintagegeekcentral

“Don’t Blow Up the House – And other great stories about Zombies, Aliens and Following Your Dreams!” My FIRST interview with Howard Berger: www.mitchmatthews.com/074

Starting your OWN PODCAST: 5 Keys to Make it Work!: www.mitchmatthews.com/350

How about YOU!?  What stood out to you from this conversation with Howard and Marshall?

More importantly… what’s something that stuck with you?

What’s one of YOUR favorite movies?  What’s a movie set YOU would have loved to be on when they were making it?

Also… what’s a goal YOU want to pursue?  What if you went after it with a friend like Howard and Marshall did?

Lastly… what questions do YOU still have?  Comment and let me know! Let’s keep this convo going!

And PLEASE share this special episode with someone who YOU think would appreciate it and/or might be needing it… right now!  They’ll thank you!

Know I’m rooting for you!