333: Life as John with The Chosen’s George H. Xanthis 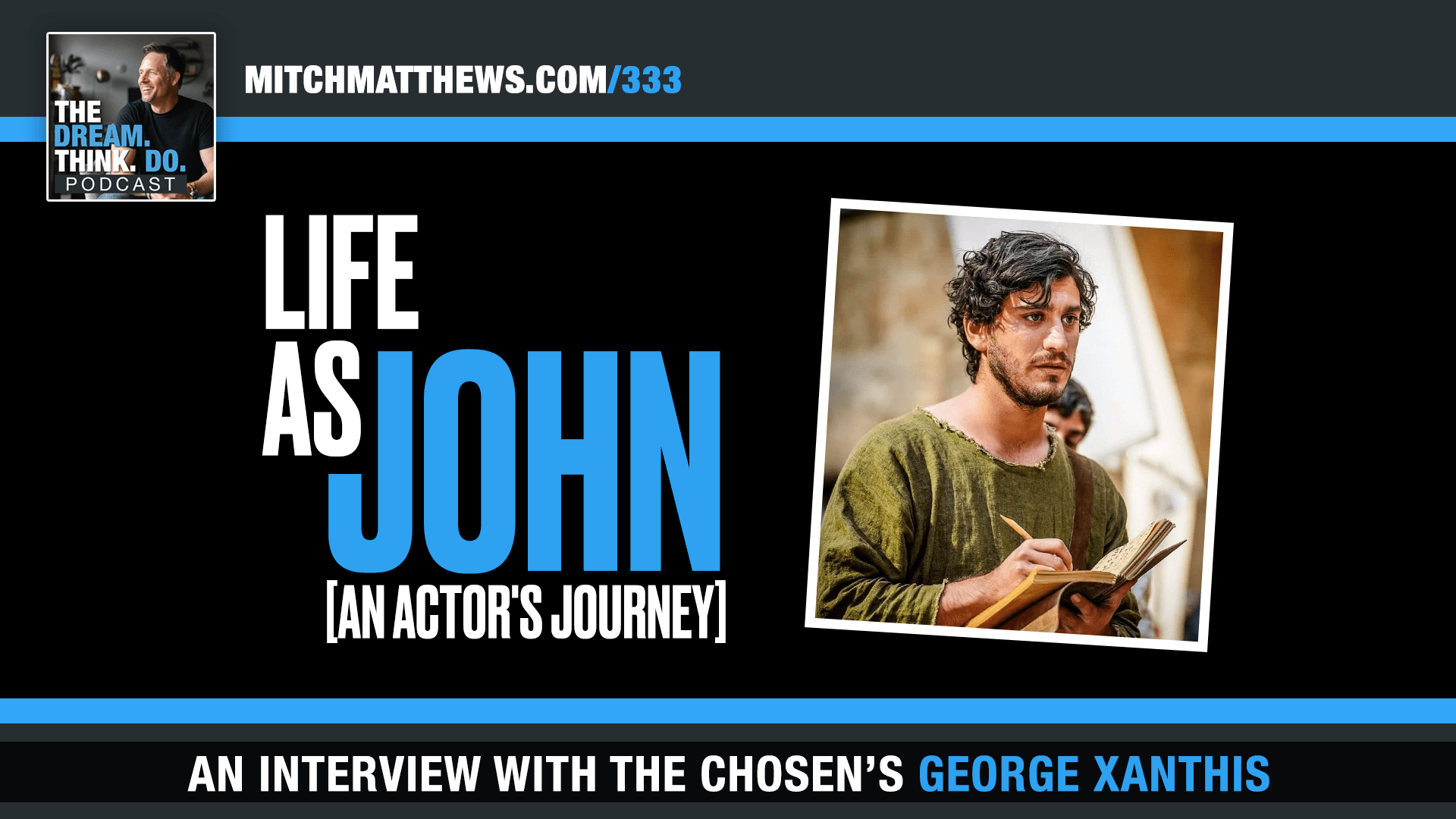 George H. Xanthis is our guest.  He’s an amazing actor from Australia who plays John in the TV Series, “The Chosen.” You’re probably aware… but if not… The Chosen is the first-ever multi-season TV series based on the life of Jesus.

It’s a phenomenon… from a spiritual sense but also from an entrepreneurial perspective.  In fact, it’s the #1 crowd-funded media project of all time!  With over $10 million raised… two seasons are done and available… and as of today… over 270 million views in over 180 countries.

Incredible.  And George is in the middle of all of that!  Plus, he’s a force for good inside AND outside the show.

We’ll talk about how he got his start in acting, how his journey with “The Chosen” began, what it’s been like playing such a significant role, and what he’s learned about life, work, and faith… as a result.  Plus, this represents our first interview in this NEW season.

If you’re an actor and/or you know someone who is… be sure to check out George’s “ACT UP!” Podcast: Click here

BIG ANNOUNCEMENT: George’s NEWEST role is in FX’s newly announced “American Crime Story” called “Impeachment” where he plays George Stephanopoulos.  (NOTE: We couldn’t talk about this during our interview because he wasn’t released to announce it yet.) Check it out here: Click here.

A Prayer for YOU and YOUR dreams! www.mitchmatthews.com/314

Hiro’s Journey [so far].  What a Puppy’s been teaching me about pursuing dreams and living life: www.mitchmatthews.com/322

DREAM BIG… no matter what! (With Amberly Lago): www.mitchmatthews.com/310

The Gift of Being Fully Present [Part 3]: www.mitchmatthews.com/304

More about THIS Life as John with The Chosen’s George H. Xanthis episode:

George Xanthis came through acting training, comedy, and improv as well.  He even spent some time with The Groundlings Improv troupe in LA.

He’s had a lot of different experiences… and he’s also got a heart for helping other actors… so he has his own podcast called “Act Up” where he and his guests discuss their craft and specific strategies to navigate everything from the audition room, day-to-day on set as well as performing in front of live audiences.

He also believes in giving back… so he’s on CAMEO… where he’s doing video messages to fans… but he’s also raising money for The Sydney Children’s Hospital.

Plus, he and some of his fellow cast members just did a marathon session on Instagram to help raise funds for people who are hurting in Afghanistan.

Plus, I asked YOU for your input via Facebook and we got a LOT of responses… so I’ll be peppering them in during our convo!  (Click here to follow me… so YOU can get in on our next “Listener Lightning Round Questions!”)

I love the guy… and I think you will too!  Let’s get to this.

MITCH’S MINUTE & NOW… I WANT TO HEAR FROM YOU!

Okay… obviously… we’re doing things a little differently in THIS season.  I’ve added the official “Mitch’s Minute” at the end to offer my thoughts.  I got fired up… so I think it was more like 7 minutes… but I really wanted to share some of my favorite takeaways.