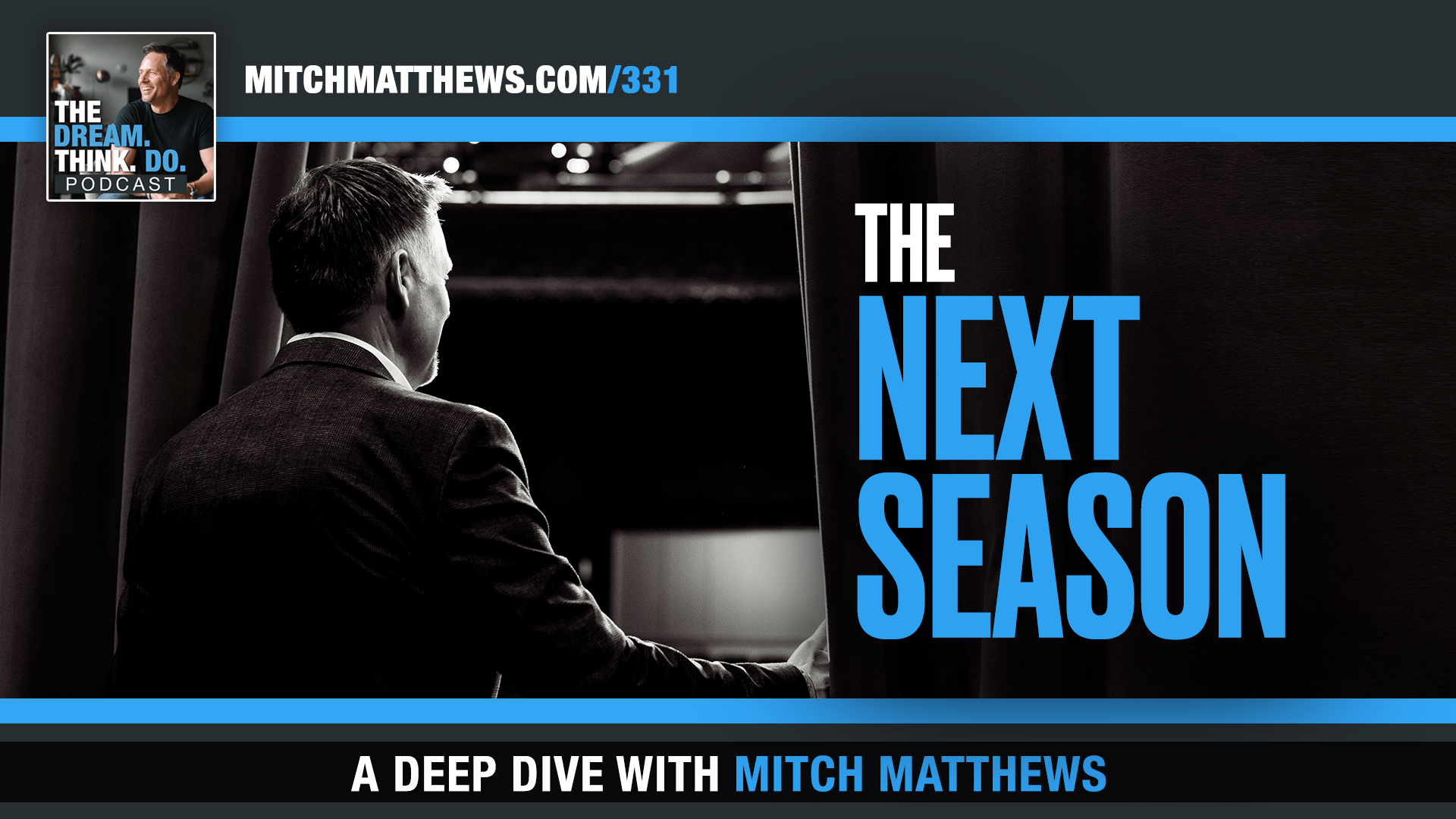 Have you been feeling like you’re wanting to make some changes?  Maybe you’re wanting to intentionally choose to some new perspectives?  Or maybe it’s intentionally making a shift that YOU choose as opposed to waiting for a change that’s thrust upon you?  Maybe you’re longing to uncover a new “mission” or feel a renewed “mission” for your life/work?  Well… let’s talk about THAT!

Seriously… I’m BACK and as you’ll hear… I’m fired up!  That’s right… after a sabbatical… I’m excited to be back with you.  And in this episode, I’m going to invite you into what’s NEXT!  We’re going to get “R.E.A.L.” to talk about where we’re headed with the podcast but also (maybe even more importantly) where I’m wanting to go with my own life.

And… we’re going to be talking about YOUR journey and moving into YOUR next season too.

Of course… I tell some fun stories along the way… like what happened when a potential client told me to “toggle it back.” (It was a kick to the gut at the time… but it was also a true turning point!)

All that to say… I’m so excited for you to listen to this one and join me as we move into what’s NEXT.  Strap in and I guarantee it’s going to be an ADVENTURE!  Let’s do this!!!

I mentioned my son Alex’s new book was just released.  Check it out here.

Here’s my interview with Alex when his FIRST novel was published: https://mitchmatthews.com/271/

I talked about my sabbatical (and why it was needed) along with rest and restoration in episode 330, you can check it out here: https://mitchmatthews.com/330/

MORE ABOUT THIS EPISODE:

I’m so excited to be back!  We’re talking about where I’m feeling called to take DREAM THINK DO in this next season.  We’re going to be talking about being REAL and taking that to new levels.

And hey… I’m a speaker and a teacher… so I HAVE to work an acronym into things.  Job hazard.  LOL!  So, when I say, “Being R.E.A.L. at new levels,” this is what we’re talking about:

The “R” stands for being REAL and AUTHENTIC.

We’re going to talk more about what THIS actually means for us DREAM THINK DOERs… especially as we move ahead.  But we’re taking the REALNESS to new levels and it’s going to be goooooood!

You don’t have to be an entrepreneur to benefit from some of the things that we’ll be talking about… but I want to encourage you to be entrepreneurially-minded!  And hey… I heard from you all loud and clear that it’s time to start bringing entrepreneurial concepts and strategies back into DTD and I can’t wait!

“Learn to sell.  Learn to build.  If you can do both, you will be unstoppable in ANY role or position you find yourself!” – Naval Ravikant

The “A” stands for ADVENTURE.

With all of the wildness in life… it may feel a little wild and overwhelming at times.  BUT you were MADE for adventure.  We were made to do incredible things.  And sometimes the best way to deal with some of the craziness and unpredictability that can come in life… is to inject some ADVENTURE that you choose!  Intentional… calculated… risk.  Being a novice.  Trying something.  Taking a step.  You agree?  You in?

“Only those who risk going too far can possibly find out how far they can go.” – T.S. Eliot

The “L” stands for… well… you’re going to have to listen to the episode to hear THAT one.

It may or may not surprise you… but it may be the MOST IMPORTANT principle as we move forward into this next season!

If you’re IN (woot woot)… please do one of the following:

THE EPISODE (THE NEXT SEASON)AT A GLANCE: