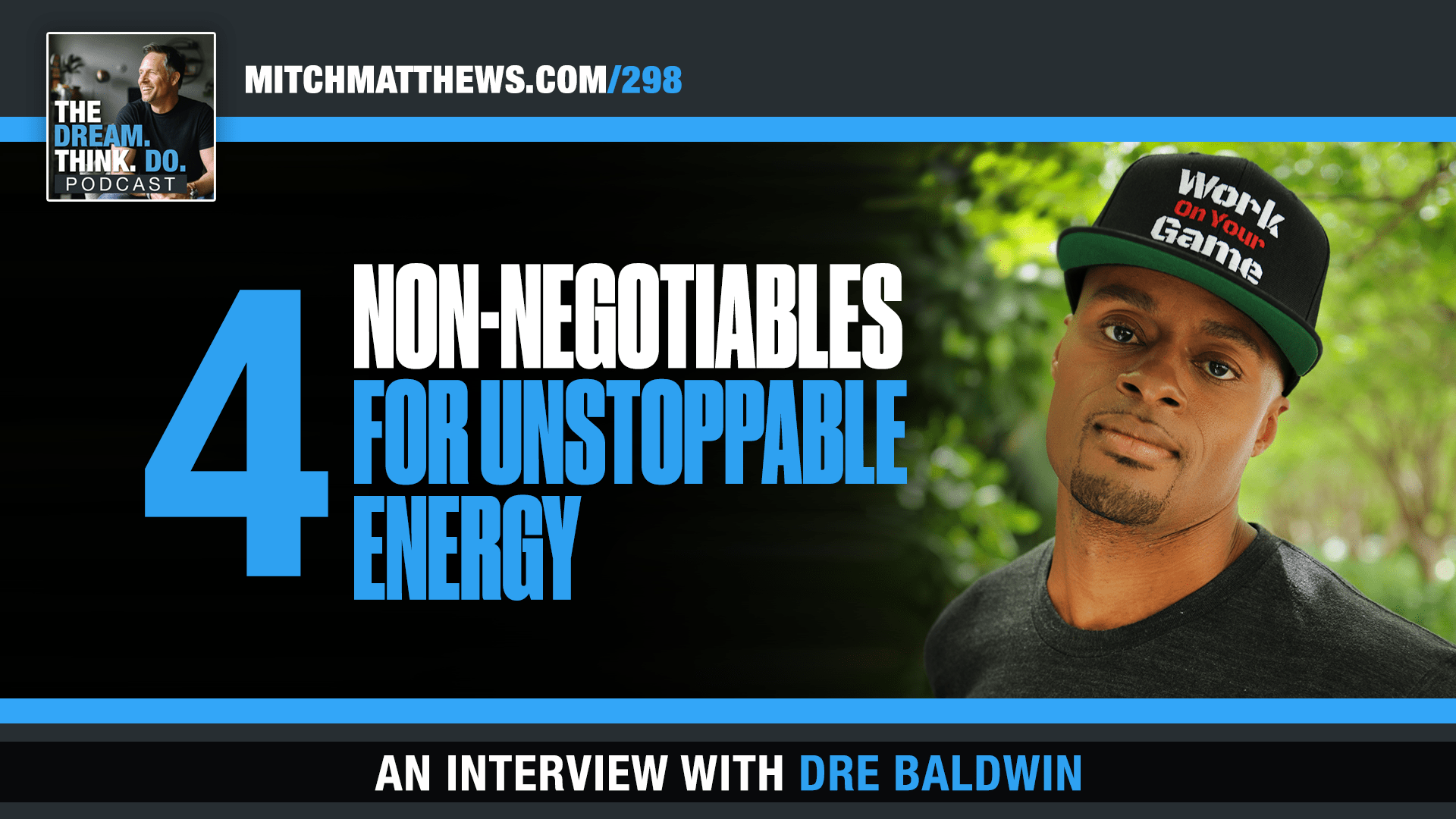 Dre Baldwin is my guest.  His story and his approach to life will inspire you!  In high school, he wanted to play basketball… but he barely made the cut.  He committed himself to learning, growing, and adapting.  In just 5 years, Dre went from the end of the bench and no game time… to a contract to play professional basketball.

THEN, during his 9-year career as a professional player…  Dre pioneered new genres of personal branding and entrepreneurship.  And… thanks to all his hard work on and off the court… Dre’s online content has been viewed over 73 million times and he’s appeared in national campaigns with Nike, Finish Line, Wendy’s, and Gatorade… just to name a few.

It takes a TON of energy to do what Dre does daily.  So we’re going to talk about what it takes to gain and maintain UNSTOPPABLE energy… even in 2020!  I’m excited to have him on. So let’s get to this!

MORE ABOUT DRE AND THE DRE BALDWIN EPISODE:

Dre’s been busy cranking out content to help people WORK ON THEIR GAME on and off the court.

Let’s run the numbers… so you know what I’m talking about here:

In 2016, he launched his DAILY “Work On Your Game” Podcast.  Since then… he’s published over 1,500 episodes and has had more than 3 million downloads.

Let’s throw in some more numbers.

And as I mentioned earlier, thanks to all this work… he’s appeared in national campaigns with Nike, Finish Line, Wendy’s, and Gatorade… just to name a few.

Obviously… it takes a LOT of energy to put out this level of content on a consistent basis.  So, I talk with Dre about his specific strategies for gaining and maintaining UNSTOPPABLE energy… even in 2020!