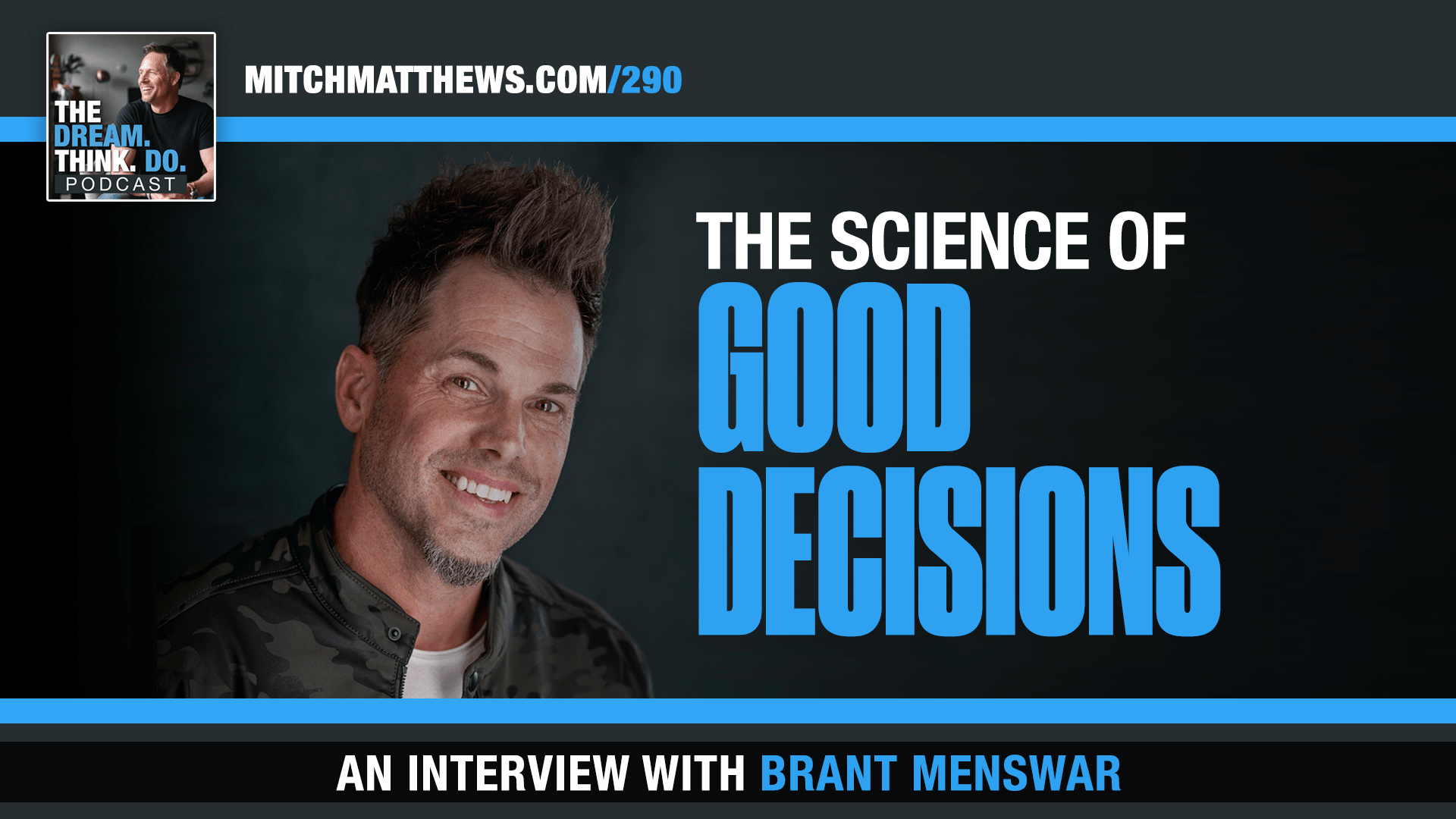 Brant Menswar is our guest. Brant’s an award-winning musician, sought-after speaker, and a critically acclaimed author and I think you’re going to love him. Let’s be clear… and consider yourself warned. Brant’s got some strong opinions… and he’s not afraid of unleashing them.

For example, Brant believes that unless you can identify your 4 to 5 non-negotiable core values… you can’t do ANYTHING on purpose.  He also believes that about 99% of us are winging it, and that’s why most people aren’t getting the results they want or living the life they were meant to live.

He’s got some great stories and statistics to back this up… but more importantly… he’s got some powerful strategies to help us get clear and make some awesome stuff happen.  Plus, we’ll be talking about Brant’s new book called BLACK SHEEP.

MORE ON THE BRANT MENSWAR EPISODE:

So… we’ve all heard of Walt Disney.  He was wildly successful and he truly dreamed bigger, thought better and did more than most could imagine.

Now… even though most of the planet recognizes Walt’s name, most people don’t know that it was really Walt’s brother Roy… who helped to make a lot of that success possible.

Walt was the visionary… and Roy was known for getting things DONE!  He was involved in making so many of Disney’s biggest wins happen.  In fact, Roy pulled off finalizing and opening Epcot Center after Walt had passed away.

Now, one of my all-time favorite quotes comes from Roy Disney.  Maybe you’ve heard it.   Roy Disney used to say… “When your values are clear, decisions are easy.”

Brilliant… right?  When your values are clear… decisions are easy.

Well… in today’s interview with Brant Menswar, we’re talking about ways to help you to get clear on YOUR values… and as a result… you’ll be able to make better decisions and feel really good about them too!  Brant’s got some great stories, some powerful strategies AND we’ll even mix in a little neuroscience to bring it all together.

And hey… please share this episode! Your friends will thank you!