PUSH THROUGH THE FEAR AND START! 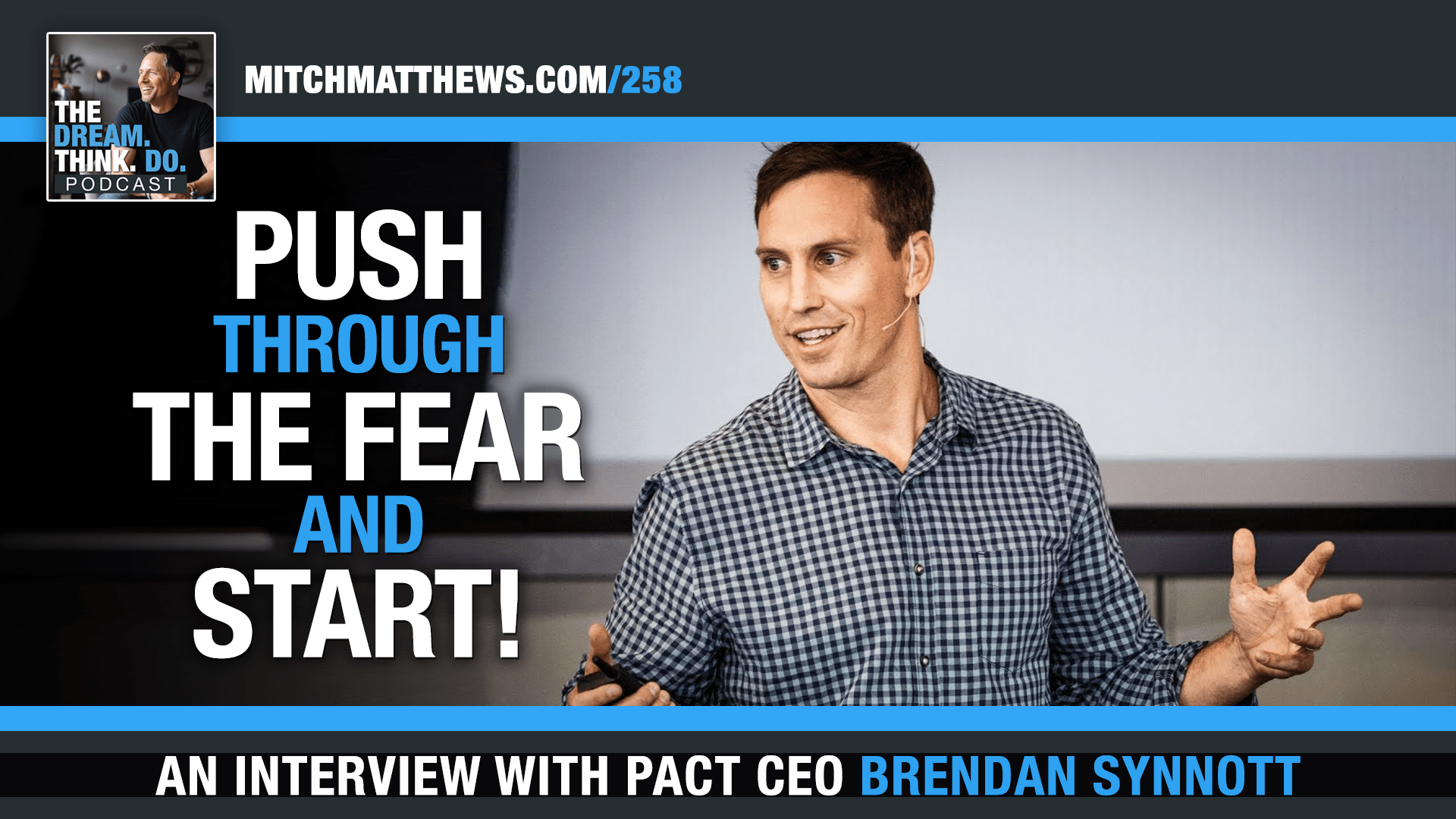 25 Feb PUSH THROUGH THE FEAR AND START!

My guest is Brendan Synnott. Brendan co-founded the organic food brand Bear Naked Granola. He wound up selling the brand to Kellogg for $80 Million. Although it was a big win… there was a LOT of ups and downs and Brendan is very open about the fact that he battled depression after the sale.  But he got help and started to live life in a new way.

In the years since the sale, he’s launched 5 other brands… oh… and he was also on Survivor! Now he’s taking on the $3 trillion apparel industry (the world’s second-largest polluter) as CEO of the organic, fair-trade cotton apparel company called Pact Organic.  During our interview, we talk about what it takes to get clear and go after a goal, what happens when the goal changes things (BIG TIME) and how to create a new mindset and set new goals too! I think you’re going to love this real and raw conversation!

Brendan is giving the DTD family 40% off for a limited time!!!

My guest this week is Brendan Synnott … who is a true renaissance man.

He was raised by a single mom and grew up in Connecticut.  Brendan went to college in Nashville and graduated from Vanderbilt.

One of his first jobs out of school was as a production assistant on Saturday Night Live!  So his day job was to be a handler of celebrities as they’d come to do the show.

While he was home for the summer (since SNL takes the summers off), he ran into a friend who was making organic granola cereal and selling it at farmer’s markets.  Since he’d always been entrepreneurial, he asked if he could help.

They started to get their product on local grocery store shelves and it started to grow from there.  They had to fight through a number of peaks and valleys but they eventually sold to Kelloggs for $80 million.  That’s right… $80 million.

During our conversation, you’ll hear that although it was a huge win… Brendan got hit by significant depression after the sale.  He attributes that to a number of factors. The wild ride. The fact that many of his friends worked for the company, so it was tough to let it go.  Plus, a lot of his identity was wrapped up in the brand, so it was tough when it was no longer part of his life.

But afterward, he spent time figuring out life.

He went on Survivor. He also met his wife… and they started their family. Oh… and he also got clear on the type of companies he liked to start and be involved with.  For example, he realized he LOVES to disrupt industries by bringing products that allow for more transparency, more connection to the customer, and products that are better for the environment.

For example, he launched PACT ORGANIC which is an organic, fair-trade cotton apparel company where he’s also the CEO.

Obviously, this dude has packed a lot in and made life an amazing journey… and we’re going to talk about how he’s pushed through fear to do just that!

Here’s are the specifics and time break down of the interview: