Live FREE From Your Scars 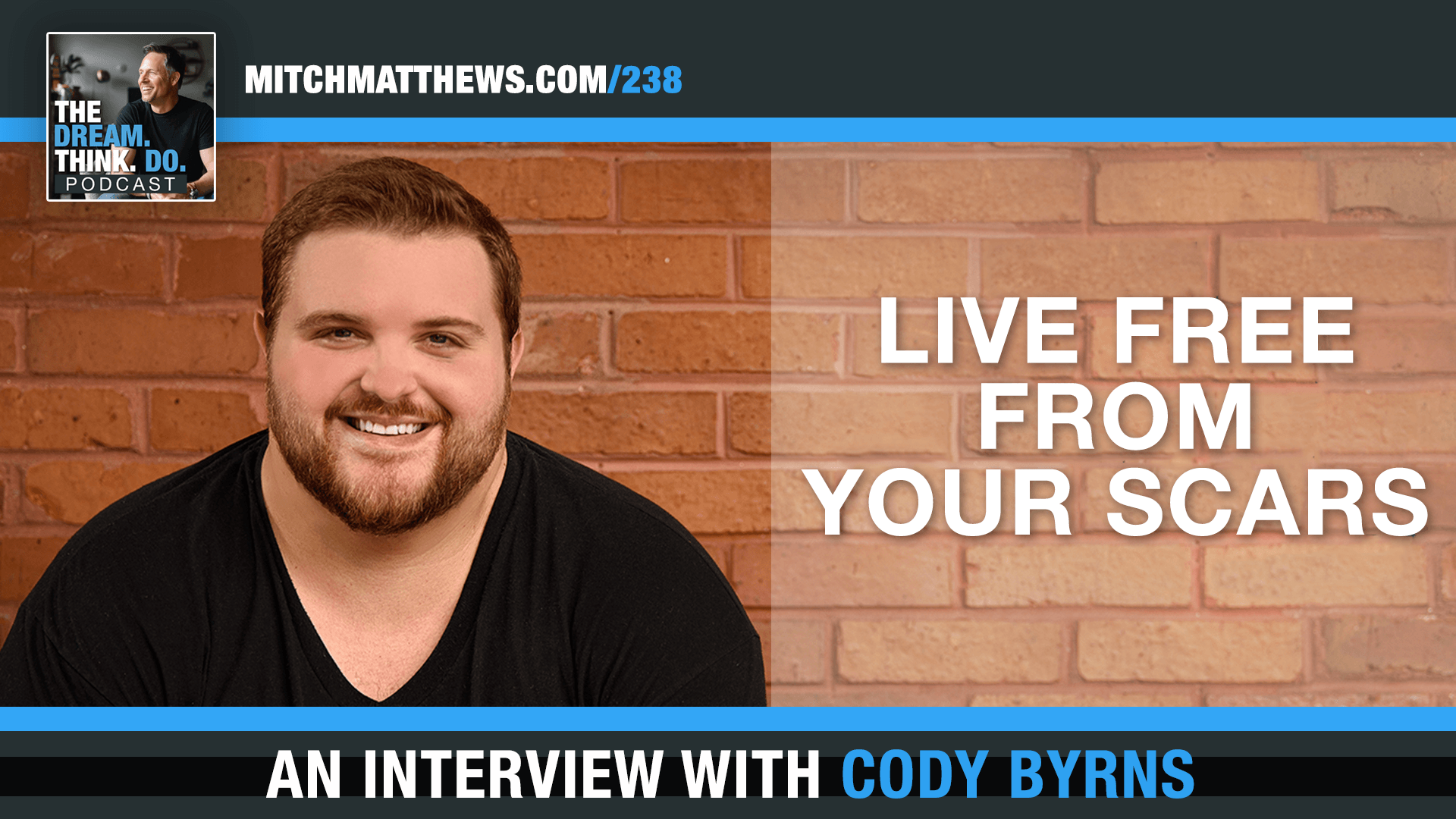 24 Sep Live FREE From Your Scars

My guest is Cody Byrns. Cody is an award-winning speaker and a #1 best-selling author. He’s also the founder of The Cody Byrns Foundation for Burn Survivors. Now, he’ll be the first to tell you that this wasn’t originally what he thought he’d be doing with his life. He was a youth pastor and an award-winning juggler. But in May of 2013, Cody’s life was drastically changed.

While he was stopped at a red light on the highway, Cody was rear-ended by a box-truck that failed to stop. He was considered dead on the scene… but even though he was pinned inside a crumpled vehicle and everyone assumed no one could survive… some quick-acting first responders saw his hand move. They took action and miraculously… they were able to extract him and save his life.

Cody received many injuries that day, including severe burns to almost 40% of his body.

After years of countless surgeries and rehabilitation, Cody has chosen to not allow his scars to keep him bound in bitterness and defeat. Instead, he uses his story to uplift others. His vision is to help people live free from the bonds of scars (physical and emotional), equipping others with the proper steps to walk out of their past hurt and defeat and run towards their God-given potential.

In the interview, we talk about:

That’s right. We also talk about the power of forgiveness in this podcast.

And in a raw and real way… we even talk about how Cody did the unthinkable with the distracted driver who changed his life forever.

It’s an episode you’re not going to want to miss!